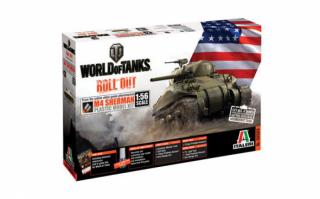 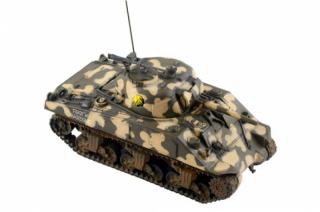 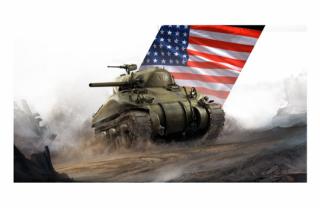 Late war German tanks had better armor, better guns, and sophisticated road wheel designs which is all well and good... but Shermans actually made it to the field. Over-engineered German tanks broke down constantly, Shermans didn't. Germany was fast running out of gas, America wasn't. Shermans had air support, panzers... not so much. Germany put 6,000 Panthers in the field, America built roughly 50,000 Shermans. It wasn't the best tank of the war and it wasn't the worst; it was the one we needed to WIN. Kit features liquid cement, tank guide, full decals, three invite codes and one bonus code for World of Tanks. The bonus code for the PC version is 3 days of a premium account. The bonus code for Xbox One and Xbox 360 is a T2 Light Tank, garage slot, and one day of a premium account. Buy all 4 1/56 World of Tanks kits and get a Hydrostat Tank bonus code via email.