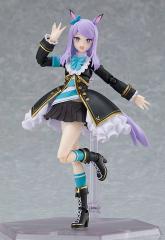 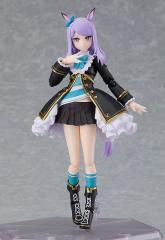 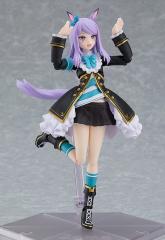 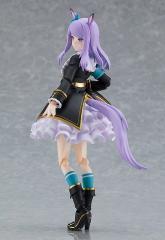 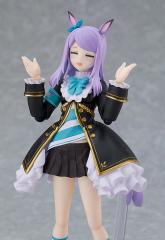 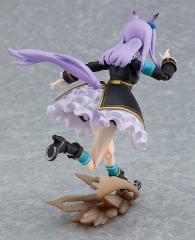 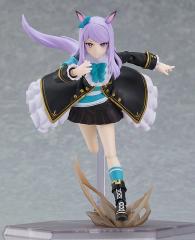 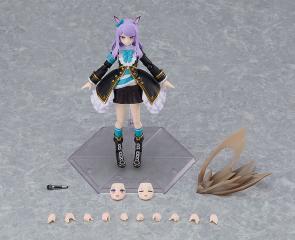 "I'll bring honor and glory to the Mejiro family!"

- Using the smooth yet posable joints of figma, you can create a variety of poses from the game.
- A flexible plastic is used for important areas, allowing proportions to be kept without compromising posability. - The figma can easily be displayed in running poses.
- She comes with three face plates including a calm face, a smiling face and a carefree face with closed eyes.
- A dash effect part for recreating the game's intense racing scenes is included.
- A microphone optional part to create poses of her from the game's Winning Live sequences is included as well.
- A large-size articulated figma stand is included to display the figma in a variety of poses.