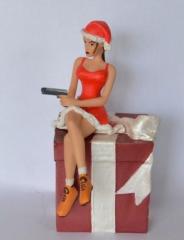 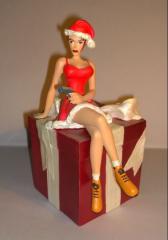 This figure was released with issue #09.

First released in 2005 by the French company Editions Atlas, these collectible Lara Croft figurines were sold along with a magazine publication titled "The Official Fact Files." There were 60 issues with one bonus figure, making 61 figures total. The magazines were about 10 pages each and contained various information about Lara broken down into 6 categories:

As the series progressed, you could organize these "fact files" in folders provided with dividers.

Those who subscribed to the magazine rather than purchasing them individually could get additional exclusive items, including a watch and 12 unique dioramas. Subscribers also received 6 hardback books (rather than folders) of the fact files, pre-organized and printed on higher quality paper.