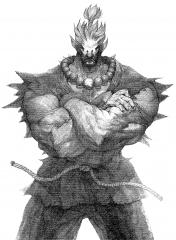 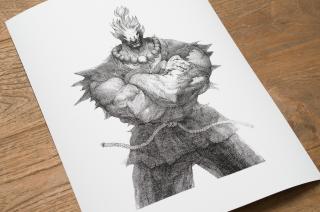 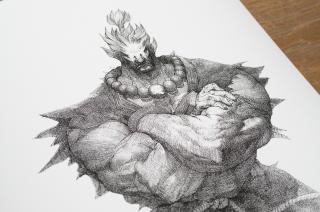 This illustration of game character Akuma has been made by Japanese artist CRMK as an advertisement for Super Street Fighter II Turbo. CRMK has been one of the most important artists for the Street Fighter series. Akuma means Devil or Demon in Japanese.