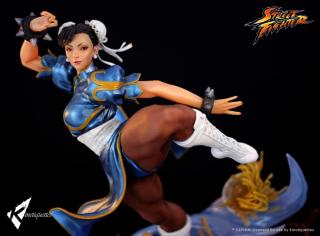 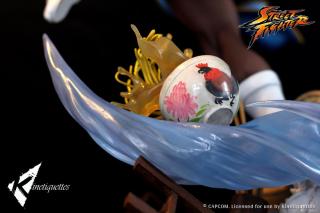 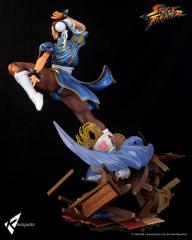 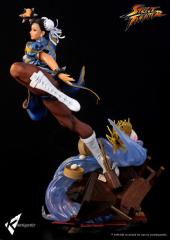 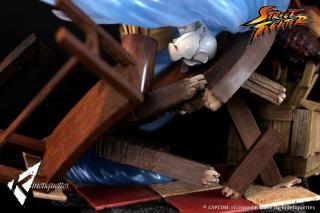 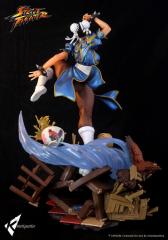 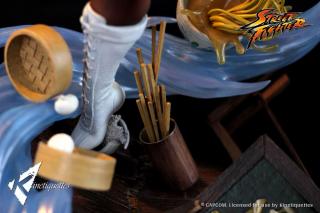 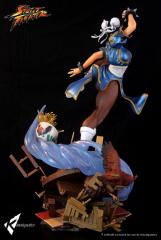 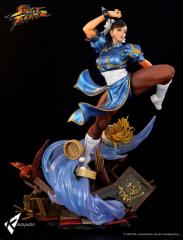 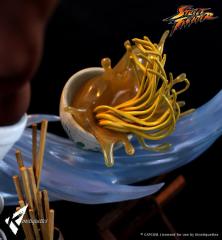 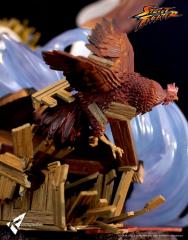 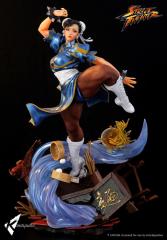 This gorgeous 1/4 scale diorama depicting Chun-Li in her classic outfit as she acrobatically jumps off one of the tables in the noodle shop was based on her Street Fighter V stage. The diorama is also inspired by various elements that appeared in the Street Fighter games, showcasing her in a dynamic pose on an intricately detailed base.

Chun-Li is a video game character from the Street Fighter series, originally debuting in Street Fighter II. The first female fighter in the series, she is an expert martial artist and Interpol officer who relentlessly seeks revenge for the death of her father at the hands of M. Bison.