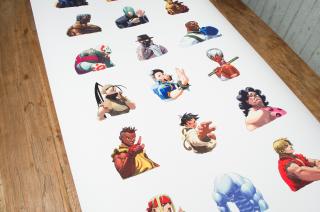 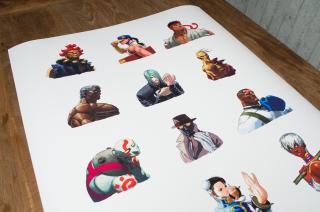 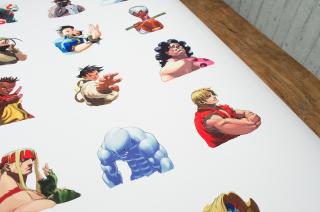 This illustration was made by Japanese artist Ikeno who has worked on multiple Street Fighter games. The print shows concept art for all the characters from Street Fighter III:3rd Strike placed on the position as they appear in the game's character select screen as seen by Player One. The Certificate of Authenticity for this print is signed by Street Fighter's Executive Producer Yoshinori Ono.