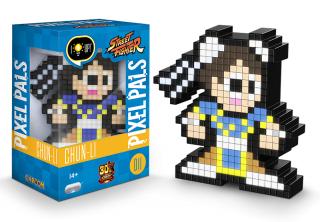 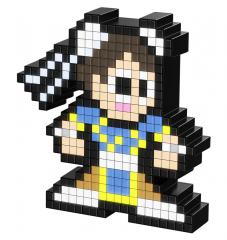 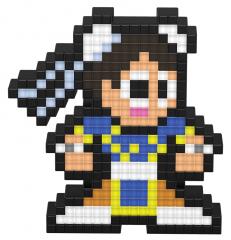 Light up your world with Pixel Pals: collectible pixel-art renditions of your favorite iconic characters! We want you to show off what you love and shine bright with Pixel Pals. Pop in a couple AAA batteries and you're all set.

As the first female fighter of the series, Chun-Li made her first appearance in 1991 as a playable character in Street Fighter II. Since her debut, Chun-Li has become one of Street Fighter's most popular characters, appearing in nearly all installments of the series. Strong, determined, and tactical, Chun-Li continues to be a fan favorite in the franchise.