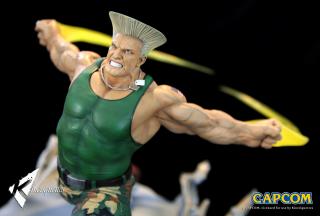 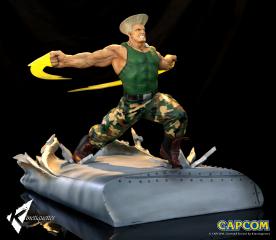 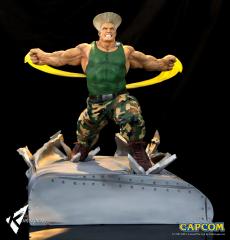 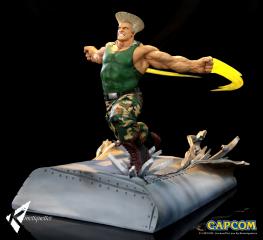 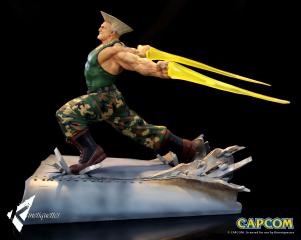 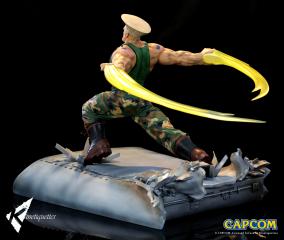 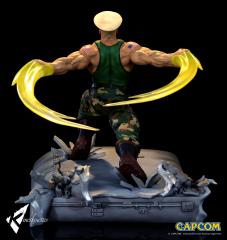 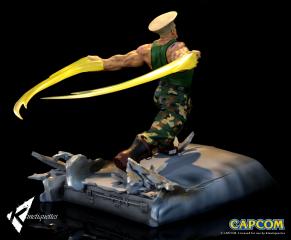 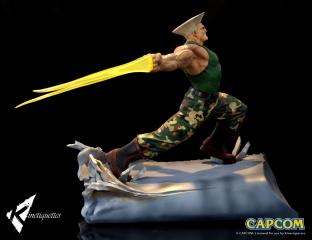 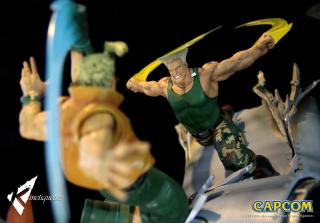 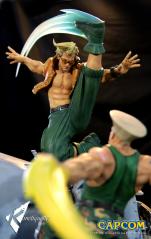 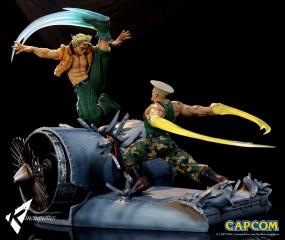 This is a diorama which depicts Guile performing his epic Sonic Hurricane super move. It is part of the War Heroes line which shows him sparring against his best friend Charlie Nash (sold separately) on top of the wing of a fighter jet. The diorama is inspired by the classic Guile stage where there is a fighter jet in the background. The destructive nature of this Critical Art is evident from the shredding of the metal of the wing they are fighting on.

Guile (ã‚¬ã‚¤ãƒ«) is a video game character from the Street Fighter series, first appearing in Street Fighter II. He is a major in the United States Air Force whose goal is to finish the criminal organization Shadaloo, while at the same time investigating the whereabouts of his best friend Charlie Nash.