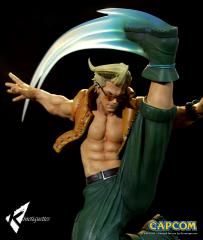 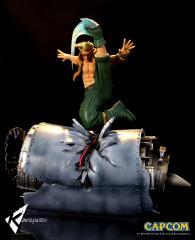 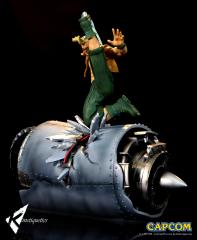 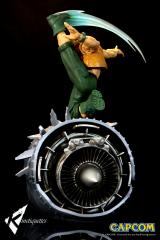 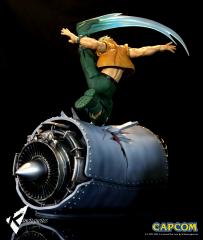 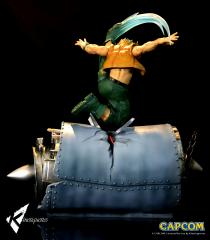 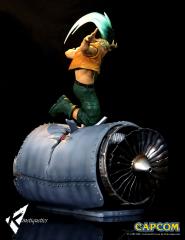 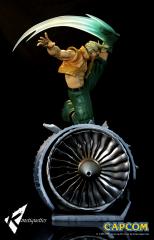 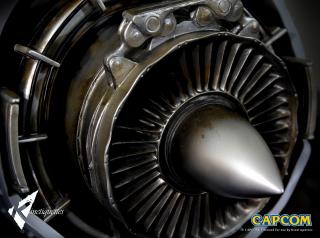 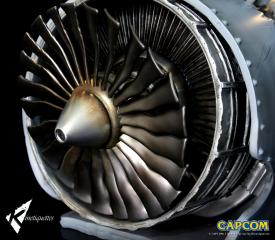 This is a diorama which depicts Charlie Nash performing his acrobatic Moonsault Slash special move. It is part of the War Heroes line which shows him sparring against his best friend Guile (sold separately) on top of the wing of a fighter jet. The diorama is inspired by the classic Guile stage where there is a fighter jet in the background. The slicing power of this move is evident from the shredding of the metal of the engine as it being broken apart by the sheer power of the move.

Charlie Nash (ãƒãƒ£ãƒ¼ãƒªãƒ¼ãƒ»ãƒŠãƒƒã‚·ãƒ¥) is a video game character from the Street Fighter series, first appearing in Street Fighter Alpha, having originally been referenced by name in Street Fighter II. He is a former Captain of the United States Air Force and friend of Guile, long thought to be dead before being brought back to life as a puppet for the Illuminati.