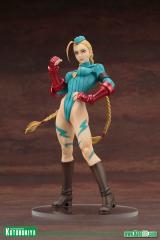 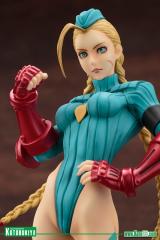 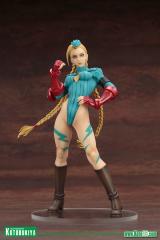 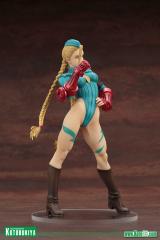 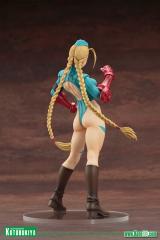 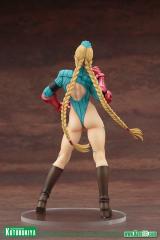 - Kotobukiya's newest Bishoujo statue from Street Fighter is none other than Cammy with a different outfit as seen in Street Fighter Zero!
- Due to the high demand from fans, Kotobukiya returns to this popular fighter, but this time in her Alpha costume.
- Cammy is sculpted in detail by Gill Gill, from her muscular physique to her natural blonde braids and gauntlets.
- Display alone or alongside other Kotobukiya Street Fighter Bishoujo statues such as Chun'li and Decapre!