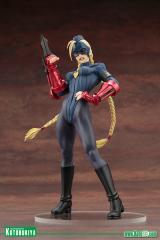 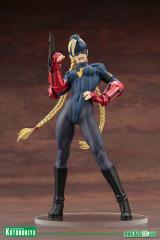 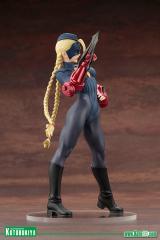 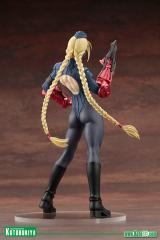 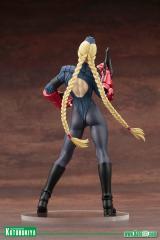 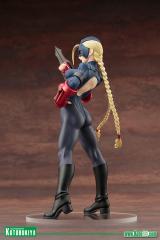 - Kotobukiya's newest Bishoujo statue from Street Fighter is none other than Decapre! Based on the illustration by Shunya Yamashita, Decapre is seen in her costume from Street Fighter Zero 3.
- Her appearance resembles Cammy, albeit with the Shadaloo Doll outfit and a blue'gray metal mask.
- Her hair is platinum blonde, and is styled in the same long pigtails as Cammy.
- Her face is shown to be burned on the left side, hence the mask.
- Decapre wears a pair of retractable daggers that are significantly larger than Vega's claw and emit Psycho Power.