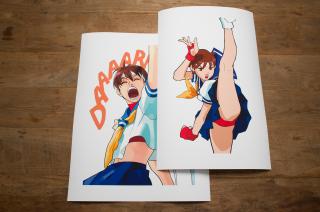 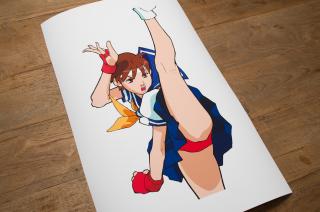 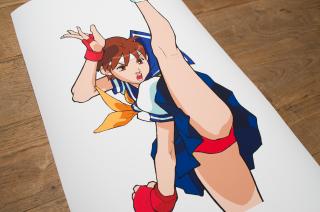 This illustration of Street Fighter character Sakura has been made by Japanese artist CRMK. CRMK has been one of the most important artists for the Street Fighter series.

Street Fighter is one of the most influential video game series of the last couple of decades. The release of Street Fighter II: The World Warrior in 1991 started the nineties fighting game boom and with over 35 million copies sold the series has remained the focal point of the genre ever since. A genre that has come back fully in the mainstream with the arrival of the brilliant Street Fighter IV and of online play.