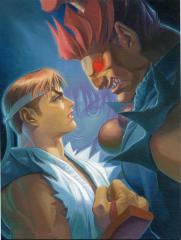 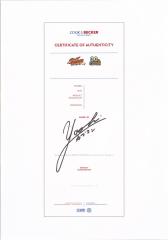 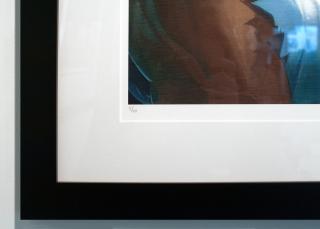 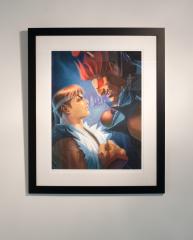 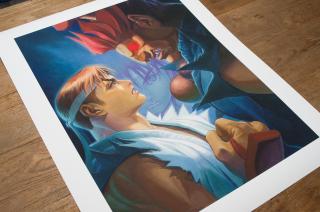 This illustration is made by Japanese artist Dai-Chan who worked for Capcom on two Street Fighter Alpha games. The print is a reproduction of an original canvas painting of his that formed the main image for Street Fighter Alpha 2. What's interesting about this image is that Akuma is depicted as being much larger than Ryu while in the games they are the same height.

Street Fighter is one of the most influential game series of the last couple of decades. The release of Street Fighter II: The World Warrior in 1991 started the nineties fighting game boom and with over 35 million copies sold the series has remained the focal point of the genre ever since. A genre that has come back fully in the mainstream with the arrival of the brilliant StreetFfighter IV and of online play.