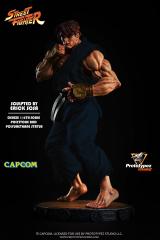 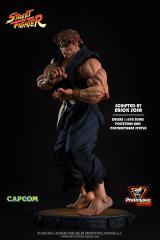 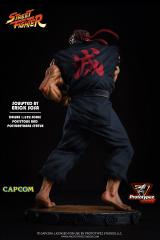 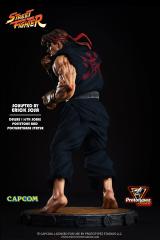 Ryu on a quest to confront Akuma, his master's brother and enemy. After their match, Akuma reveals that Ryu possesses the "Evil Intent" (æ®ºæ„ã®æ³¢å‹• Satsui no HadÅ or "Surge of Murderous Intent", sometimes translated as the "Dark Hadou") within him, the same power Akuma uses. In the Street Fighter Alpha series, there is an alternative selectable version of Ryu known as "Evil Ryu". Similarly to Akuma, Ryu takes this form when succumbing to the evil intent, and becomes more violent. It was not until the international versions of the game, Street Fighter Alpha 2, that Evil Ryu was introduced as a secret character in the games.

Finally after many years in the making, Prototypez Studios is more than pleased to bring to you -the most discerning of collectors- this beautiful and powerful rendition of Evil Ryu.