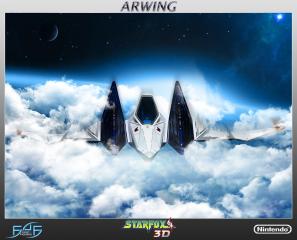 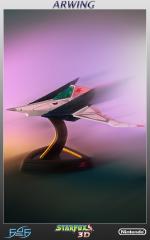 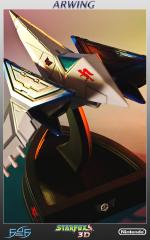 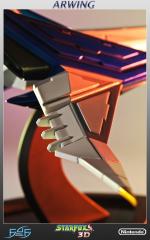 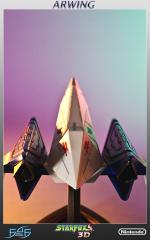 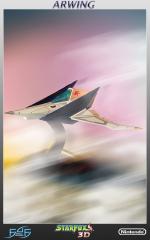 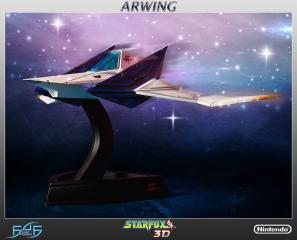 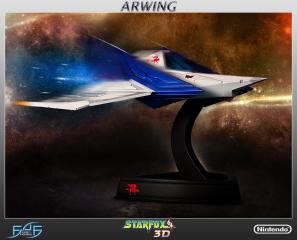 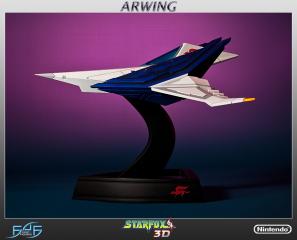 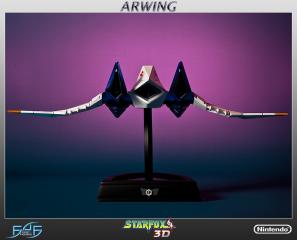 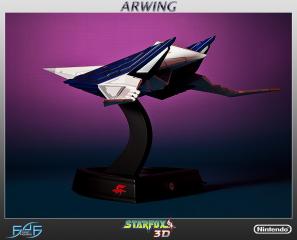 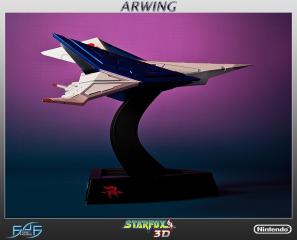 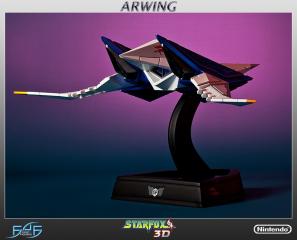 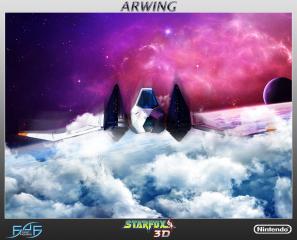 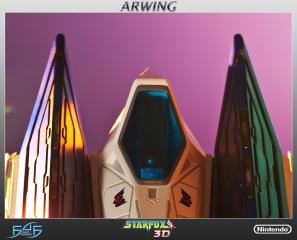 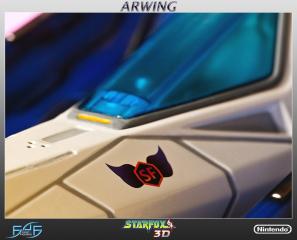 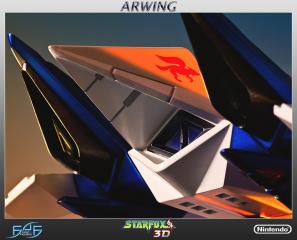 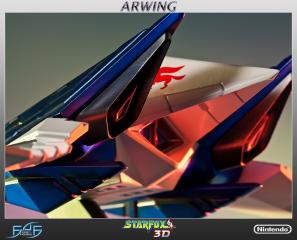 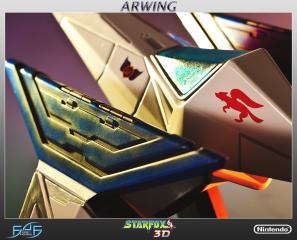 At the centre of the Milky Way exists an advanced star system known as the Lylat System. It is here where the team known as Star Fox operates; made up of some of the most elite pilots and mercenaries in the galaxy. Star Fox's ship of choice for aerial combat are the Arwings: A fleet of state-of-the-art battle crafts capable of combat in both the atmospheres of planets and the deepest vacuums of space. The Arwing's sleek design allows them to fly at speeds exceeding mach 4, and combined with the skills of an able pilot in the cockpit puts it as one of the most agile ships in the galaxy, armed to take down the biggest of both terrestrial and extraterrestrial threats.

First 4 Figures is proud to present the first piece in a brand new line of collectibles: The Arwing! Initially made famous in the SNES game Star Fox, Team Star Fox's Arwings have seen many a battle throughout the Lylat system, and are presented here in its appearance in the game Star Fox 64. The Arwing itself is suspended upon a base bearing the Team Star Fox insignias. Painted completely by hand and cast in high quality polystone, the Arwing measures a total of 12" inches tall by 12" deep by 18" wide.

Comes in deluxe full-colour packaging, moulded foam interiors, hand-numbered base and includes a card of authenticity that allows you to continue collecting the same product number throughout the Star Fox series.

This is the first piece in the Star Fox line of statues, so the lowest numbers will be available on a first come first served basis!