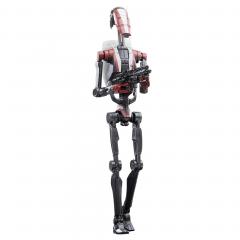 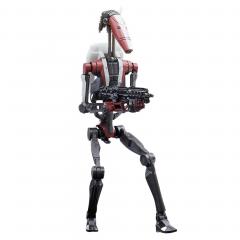 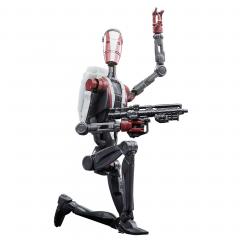 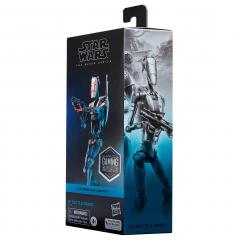 - B1 BATTLE DROID: These variant B1 Droids have been reprogrammed and repainted to serve a new master years after the end of the Clone Wars and the Rise of the Empire
- STAR WARS JEDI: SURVIVOR: Fans and collectors can imagine scenes from the Star Wars Galaxy with this premium B1 Battle Droid toy, inspired by the Star Wars Jedi: Survivor video game
- ENTERTAINMENT-BASED CHARACTER-INSPIRED ACCESSORY: This Star Wars The Black Series action figure comes with 1 detachable entertainment-inspired accessory
- PREMIUM ARTICULATION AND DETAILING: Star Wars fans can display this fully articulated figure featuring poseable head, arms, legs, and premium deco, in their action figure and vehicle collection
- FIND OTHER FIGURES FROM A GALAXY FAR, FAR AWAY: Find movie- and entertainment-inspired Star Wars The Black Series figures to build a Star Wars galaxy (Each sold separately. Subject to availability)

These variant B1 Droids have been reprogrammed and repainted to serve a new master years after the end of the Clone Wars and the Rise of the Empire. The 6-inch-scale Black Series figure is detailed to look like the B1 Battle Droid character from Star Wars Jedi: Survivor, featuring premium detail and multiple points of articulation.

Kids and collectors alike can imagine the biggest battles and missions in the Star Wars saga with figures from Star Wars The Black Series! With exquisite features and decoration, this series embodies the quality and realism that Star Wars devotees love. Star Wars The Black Series includes figures, vehicles, and roleplay items from the 40-plus-year legacy of the Star Wars Galaxy, including comics, movies, and animated series. (Additional products each sold separately. Subject to availability.)