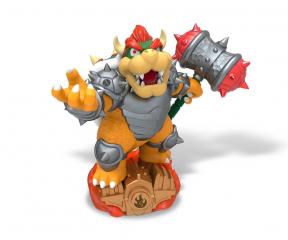 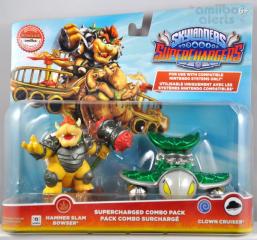 For the first time in Skylanders history, Hammer Slam Bowser will guest star as a playable character, exclusively on Nintendo platforms, and will also work with select amiibo-compatible games with a simple twist of the character's base.

Bowser is the king of the Koopas and Mario's eternal rival. He breathes fire, hurls hammers, and uses all sorts of weapons in hopes of taking out Mario. As his size suggests, he's immensely powerful. His plans aren't always the best, and sometimes he even finds himself on Mario's side.