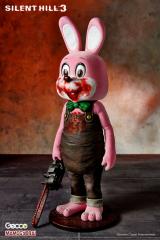 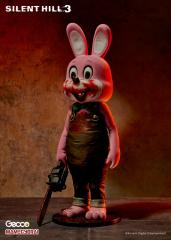 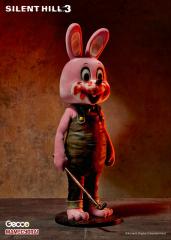 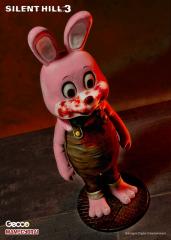 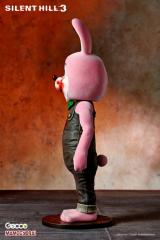 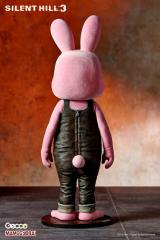 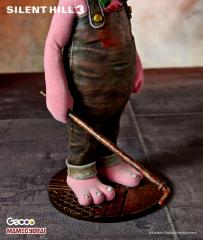 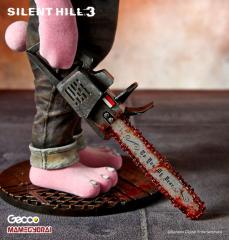 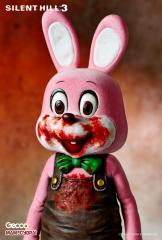 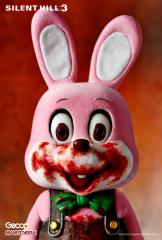 The head, arms and legs are covered with flocking. The fur is recreated with the right length of flocking so that it looks and feels exactly like the real costume. The painted blood on the flocking was a real challenge to achieve, but the hard work paid off, making this a truly unique collectible. A swap out steel pipe hand is included with the statue allowing the collector to display the statue as he appears with his secret costume in the game. Also included is the vicious chainsaw weapon, covered with blood as it appeared in "Silent Hill 2" as a secret weapon, with the words "Your Fingerpost" written across the blade. The base is modeled after "Lakeside Amusement Park" made of wire mesh and steel plate. Rust and puddles of blood are realistically painted on it.