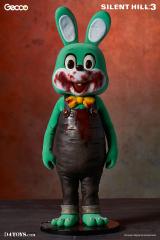 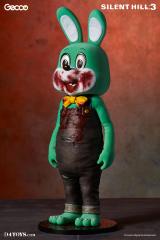 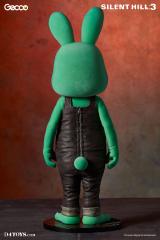 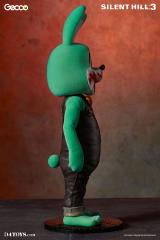 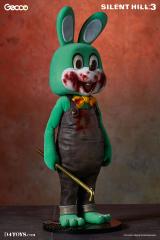 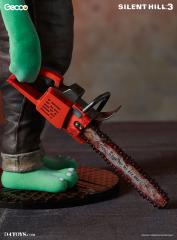 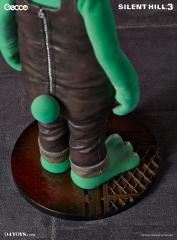 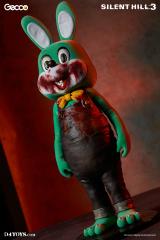 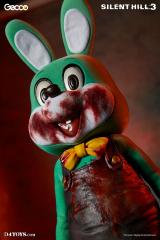 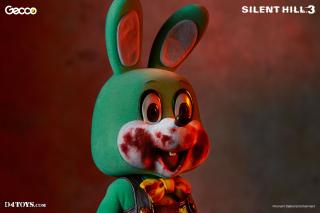 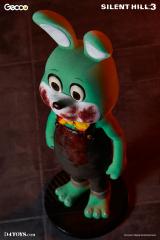 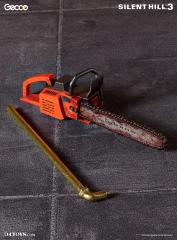 Robbie the Rabbit is the mascot of "Lakeside Amusement Park" and featured prominently in the world of Silent Hill 3. When Heather visits the amusement park, she finds the rabbit costumes laying on the ground, their mouths covered in blood. Unsure if someone is inside dead or alive, she approaches with caution. Robbie also appears in later Silent Hill releases and because of his popularity is not only the mascot of Lakeside Amusement Park but the whole series of Silent Hill as well!

In the bonus movie included with the DVD "Lost Memories: The Art & Music of Silent Hill" multiple Robbies are thrown together in the underground filled with blood, pus and rust. The green Robbie appears for a few seconds on the elevator going up and down in the underground. The character creator of Robbie the Rabbit, Usagi Tanaka, handled the direction, CG and editing for the short film.