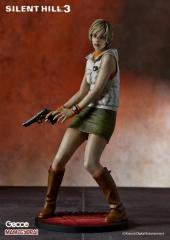 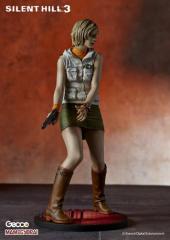 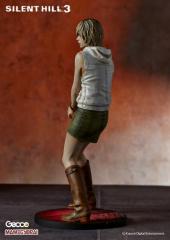 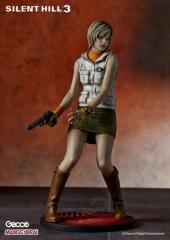 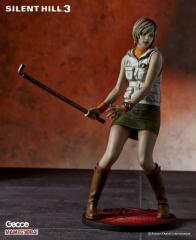 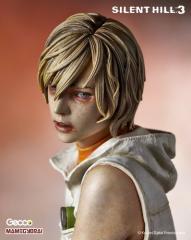 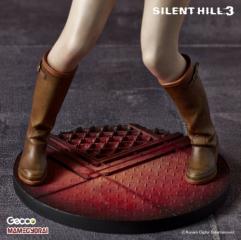 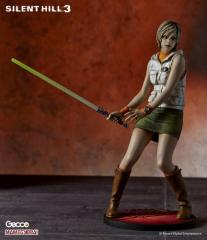 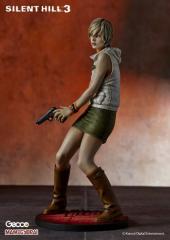 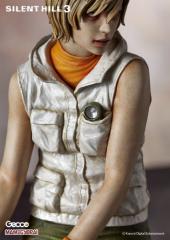 Is this a dream? It's got to be. Not even a kid could believe in this. But when am I gonna wake up?

Heather is the first main female character of the Silent Hill series. She is a strong woman, very disciplined but with a bit of a violent streak. She never hold herself back when challenged. Through all her challenges she remains kind at heart and loves her father. Because of her sarcastic wit and fiercely independent personality Heather is a truly unique heroine and a fan favorite throughout the world.

Creating the realistic flesh tone, including freckles and moles posed a great challenge and is a far contrast to the most popular flesh tones used on Japanese female figures. The pose and facial expression reflect the challenge in normal girl's mind when she is forced to fight in terror. The base is modeled after "The amusement park of the Otherworld" made of wire mesh and steel plate. A bizarre and twisted atmosphere is created by painting the base with an abstract finish.

Three types of weapons are included: The standard equipment "Handgun" and steel pipe are interchangeable, along with the "Beam Saber" the secret item found after beating the game once and using mostly melee weapons to kill monsters. The leopard print grip is faithfully recreated.