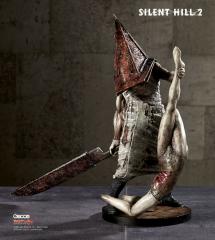 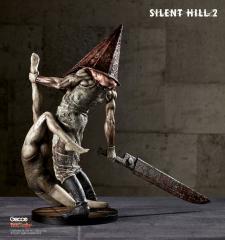 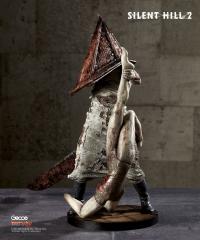 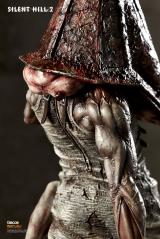 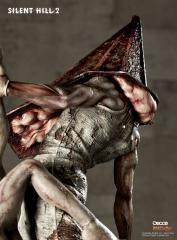 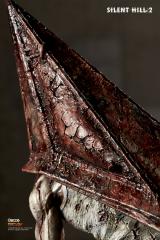 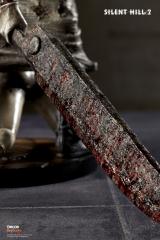 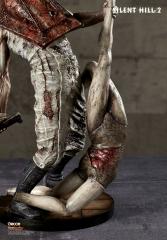 I needed you.... Needed someone to punish me for my sins....

"Silent Hill" is the mega-hit horror adventure video game series published by Konami Digital Entertainment, and has captured the hearts and imaginations of horror game freaks around the world. Its popularity is limited not to only video games, but has also expanded to films, comics, and novels. Furthermore, "Silent Hill 2" has been called "one of the best masterpieces" of all time among fans, and has gained strong support from millions of fans across multiple platforms.

"You're not friends with that ... Red, Pyramid Thing, are you?" says the James unknowing that the hulking behemoth he encounters over the course of Silent Hill 2, is actually a creature derived and manifested from his own dark self-punishment feelings! Based on the executioner in the original Silent Hill. He attacks not only humans, creatures, and anything else that gets in his way with the Great Knife.

This vicious brute from Silent Hill is faithfully recreated as a high quality & huge suze figure standing 13 inches in PVC! The pyramid-shaped helmet is sculpted perfectly and is based on the latest model sheet specifics! Holding the Great Knife in his right hand, slaughtering anybody in a single blow! Lifting a "Victim" in his left hand, it's a dynamic and dramatic depiction!