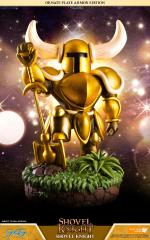 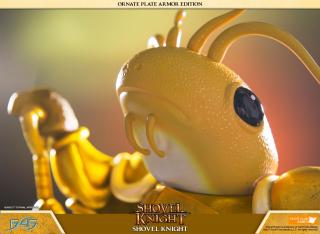 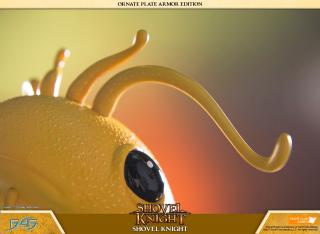 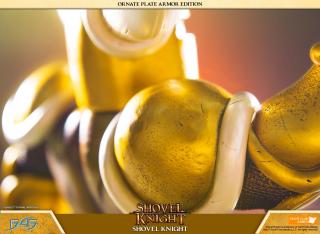 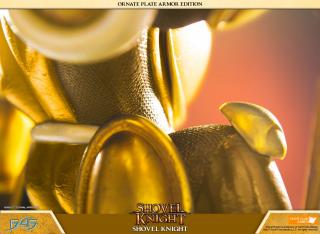 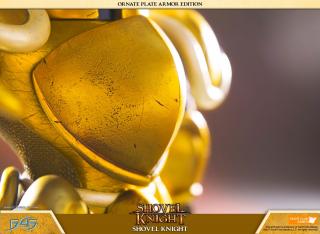 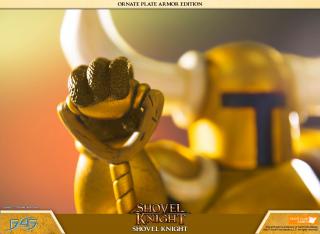 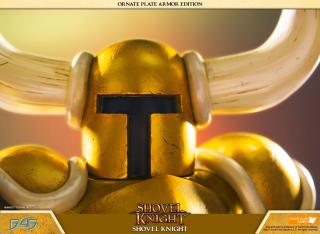 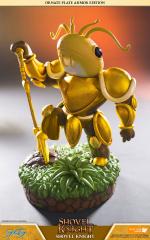 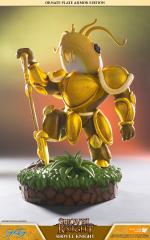 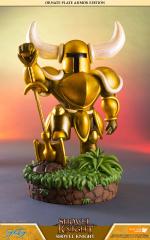 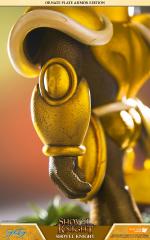 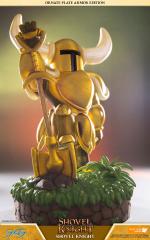 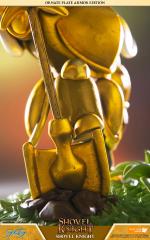 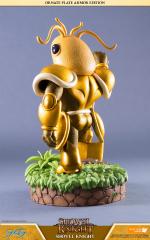 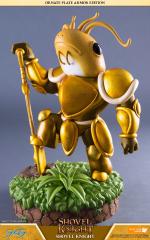 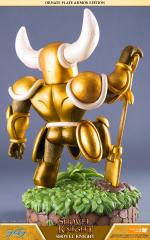 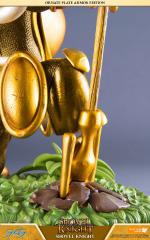 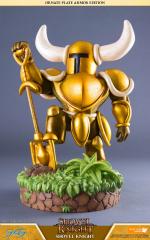 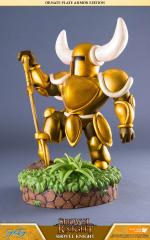 At an 8000 gold prize, the Ornate Plate Armor is the most expensive armor the Armorer can sell. True to the description, the Ornate Plate Armor offers no special combat or movement benefits. It only has a few small effects on the game: a sparkling trail is left behind Shovel Knight as he moves, when jumping he performs flips and acrobatics, after being launched from the Catapult he lands on his feet instead of hitting the ground with his face (a victory jingle is played in the background), and after the Battle Royale King Knight acknowledges the armor and compliments Shovel Knight.

Purchasing the Shovel Knight - Shovel Knight EXCLUSIVE edition at anytime during Day One after the launch starts (24 hours) will entitle you to the following extra free bonuses:
- An additional Signature Card signed by Alex Davis.
- A Day One edition Hologram Sticker.

This product was also sold in a combo package with the Shovel Knight exclusive version for $549.99.