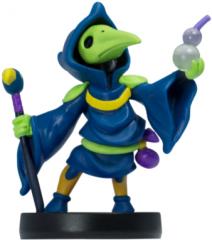 Sometimes, the bomb is mightier than the sword. Deep in the recesses of his alchemical lab, Plague Knight perfects concoctions both poisonous and explosive. Toxin, disease, and death are his playgrounds. Even his comrades give Plague Knight a wide berth, because he spreads more than just the common cold. With an array of mysterious and magical bottles at his side, Plague Knight could be considered the black sheep of The Order of No Quarter.