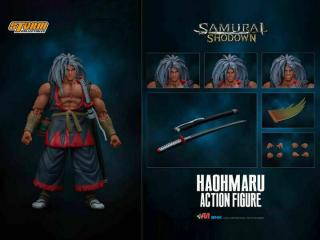 Samurai Shodown has enjoyed worldwide success as a blade-wielding fighting game series since its first release in 1993. 11 years have passed since the last series installment, and it is now time for Samurai Shodown to return in a brand-new game featuring high-end visuals and gameplay!