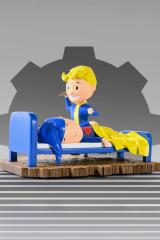 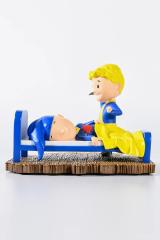 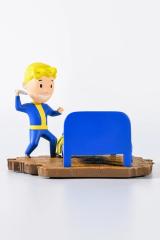 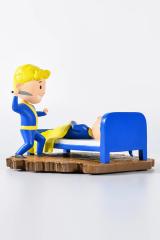 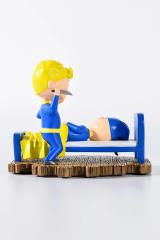 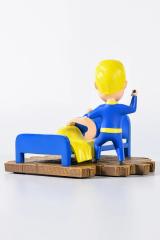 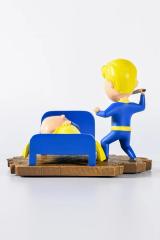 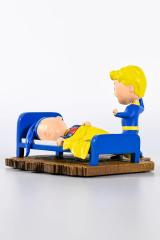 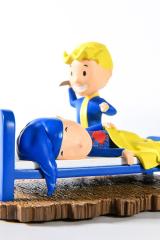 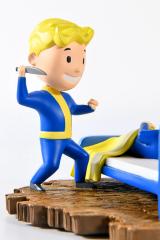 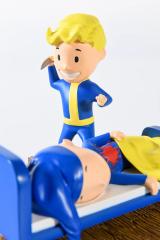 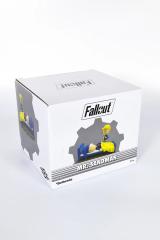 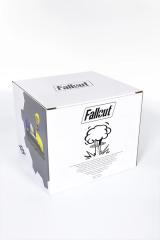 Bring a Technicolor nightmare to your collection with this bright and grisly mini statue. It depicts one of the game's most recognizable stealth kills: sneaking into people's beds with a kitchen knife and killing them while they sleep. Except for the floorboards, it's bathed in Vault-Tec hues-a saturated palette of blue and yellow, plus a bright red for the fresh blood on the victim's chest.

Vault Boy looks even more gleeful in color, with pearly whites standing out against his skin and that excited little left hand poking out from his blue sleeve. You could almost hear him giggling. In the game, this scene appears as a little animation when the Mr Sandman kill is performed. It's also part of Vault-Tec's agility training video. In mini statue form, it takes after the style of Fallout's bobbleheads-simple and expressive.

The addition of bold colors gives it an appropriately surreal look. For a better, 360 view of what to expect, watch the unboxing and turnaround videos in the gallery above.