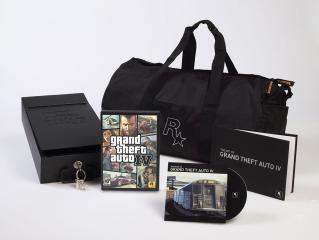 GTA IV reinvents the series with a renewed version of Liberty City detailed to the last pothole and rooftop vent. There are now four boroughs to explore plus extra area outside of Liberty City proper. With the ability to climb obstacles, drive cars, steer boats and pilot helicopters, the world of GTA is more accessible than ever before.

In this fourth installment of the popular series, players take on the role of Niko Bellic, a rough-around-the-edge chap from Eastern Europe. Niko has arrived in America, in Liberty City -- a land full of promise and opportunity. His cousin convinced him to emigrate, to join him in his mansion and life of luxury, but as soon as he steps off the boat, Niko discovers the truth about the American way. Still, the wealth, the comfort, the bliss of the good life, it all really is here ... And it's all for the taking.