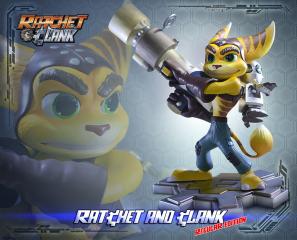 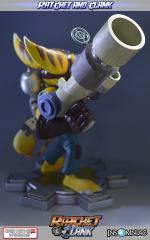 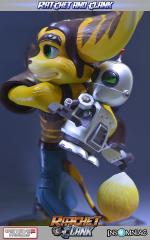 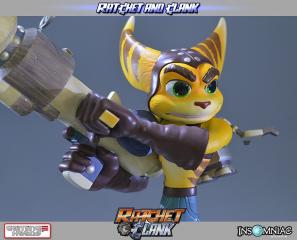 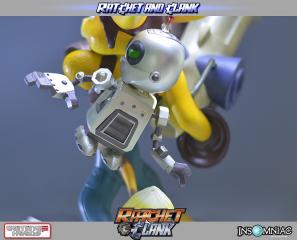 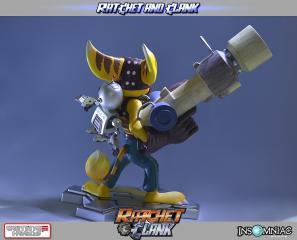 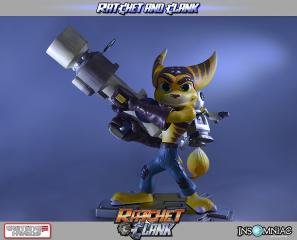 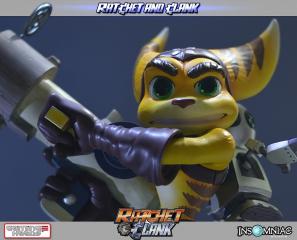 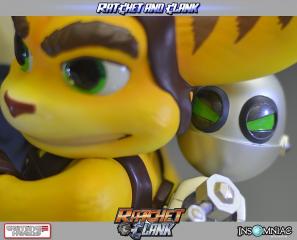 Ratchet is a Lombax who was sent to Veldin from Fastoon by his father to save him from Emperor Percival Tachyon. The series begins with him working on a home-made ship and longing to travel to new worlds. But soon enough his life changes when he meets the diminutive robot fugitive named Clank. From there on, he and the small robot adventure throughout the universe, saving it on many occasions.

Gaming Heads is excited to introduce Ratchet and Clank, the second in our new range of collectible PlayStation All Stars statues. Inspired by the cover art from the original Ratchet and Clank video game, they stand tall at an impressive 15 inches to the top of his Devastator in a 1/6 scale to perfectly encompass their fame as one of video game's most popular duos. This statue is crafted to include even the finest of details - first cast in a high quality poly-stone before being finished and painted by hand.

Each statue includes full-colour deluxe packaging, an individually hand numbered base and a certificate of authenticity so that you're able to collect same model number in future released in the PlayStation All Stars collection.

This is the second in our line of PlayStation All Stars range of Collectible Statues so register your Jak and Daxer collectible to get the same number during the pre-order period. Low product numbers will be given on a first come first served basis. Remember, you can collect the same number throughout the series.