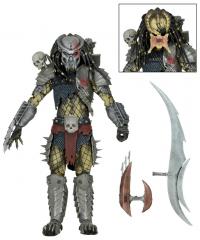 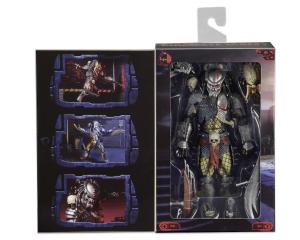 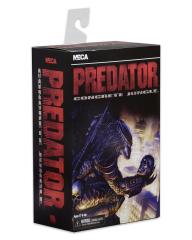 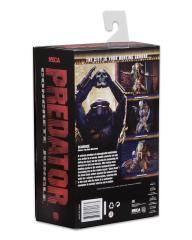 The city is your battle ground, and the prize... redemption. From the 2005 video game Concrete Jungle, Scarface is on the hunt as a 7" scale action figure!

Surviving over a century of forced exile on a harsh planet earned the disgraced Predator a chance to redeem himself. Now he's come to Neonopolis to kill the humans who stole and exploited his technology. This ultimate rendition of Scarface stands over 8" tall, with over 30 points of articulation for great poses. Scarface is extra-detailed, and comes with two interchangeable head sculpts, plus Spear Gun and Maul accessories. Comes in special window box packaging with opening flap that recreates the look of the original video game box.

A veteran predator of unimaginable battlefields was exiled to a barren, hostile world for not only failing his hunt, but for leaving his technology for humans to find and dissect. After losing many hunting packs to the newly equipped humans (including that of the widely feared "Stone Heart") the Dark Blade elders plucked the veteran from exile for a chance at redemption, returning him to the hunt with the tools of an unblooded youngster to correct what he set in motion.