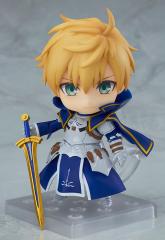 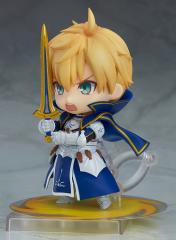 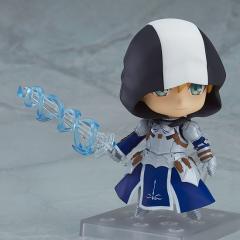 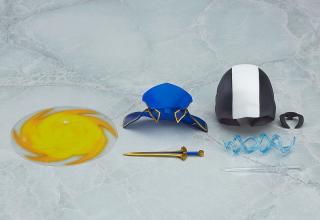 From the popular smartphone game "Fate/Grand Order" comes a rerelease of the Nendoroid of the Saber class servant, Arthur Pendragon (Prototype)! This special Ascension version includes all the parts that are included with the standard version together with bonus parts for even more display options!

He comes with three face plates including a handsome standard expression, a heroic shouting expression as well as a bashful blushing expression. His sword Excalibur with all of its beautiful details is included for him to wield, allowing for various different poses from the game!

The Ascension version also includes Invisible Air parts, as well as a powered up sword and effect sheet to display him using his Noble Phantasm. He also comes with hood parts that allow you to pose him in his pre-ascension form as well as a cape to convert him into his third stage of ascension! Enjoy your very own knight in shining armor shrunk down to Nendoroid size!