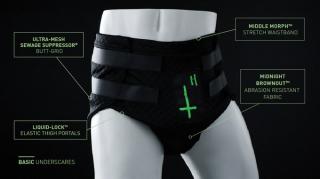 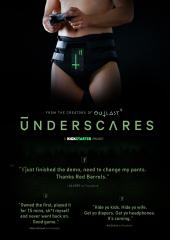 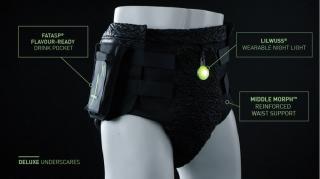 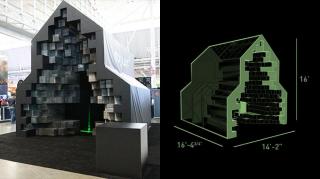 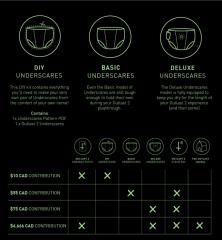 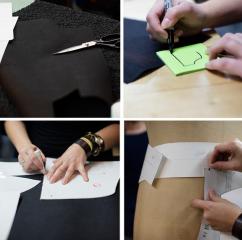 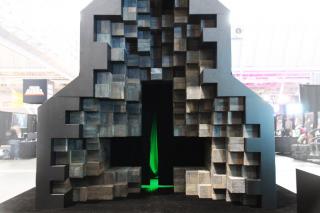 This product was a real (although sattirical) marketing attempt for Outlast 2 through Kickstarter, funding was unsuccessful. In addition to the diapers, backers who pledged $6,666 CA would also receive a 16' tall by 16' long Outlast Chapel, as featured at the official Outlast booth at PAX East.

After the release of Outlast 1, we received numerous reports of soiled undergarments and unprepared anuses.

So we, the team at Red Barrels, decided to come up with a solution that will let every gamer play Outlast 2 without worrying about their skivvies. Fear for your underwear no more with Underscares.

THE SCIENCE BEHIND SH*TTING YOUR PANTS

Fight-or-flight response is a physiological reaction that occurs as a result of a perceived harmful event or attack... or video game.

The science is simple, if you're scared enough... you'll poop.

YOU SHAT, WE LISTENED

Underscares are 100% real and inspired by the Outlast community.

In partnership with local designers, we developed a diaper prototype that combines practicality, comfort and style so gamers can experience abject terror without worrying about dirtying their egos (or their couches).

Underscares are wearable, comfortable, high quality and most importantly, washable.

Aside from designing diapers, we've also been busy developing a new horror game. That's why we've included a Steam key for our upcoming game, Outlast 2, in select Pledge tiers.