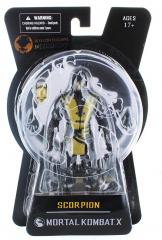 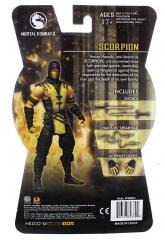 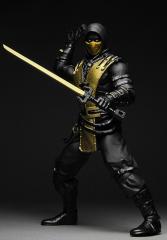 Hanzo Hasashi, now known as Scorpion, is a resurrected ninja hell-spawned spectre, inexorably seeking vengeance against those responsible for the destruction of his klan and the death of his own family.

Based on character designs from the most current entry in the series, Mortal Kombat X, each 6-inch action figure features more than 23 points of articulation, many with ball joints, allowing them to recreate all the moves and poses that have made them part of gaming legend. Figure comes in packaged in a collector-friendly blister card, perfect for display.