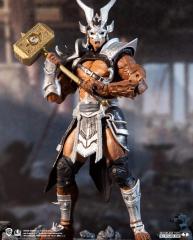 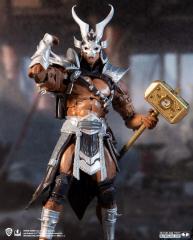 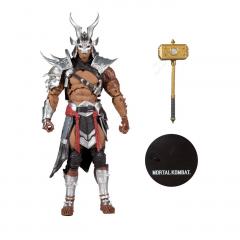 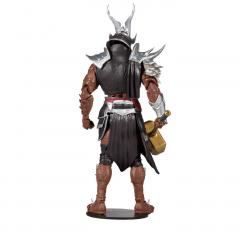 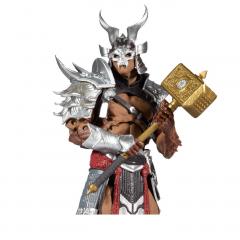 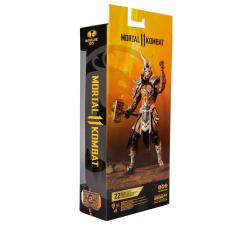 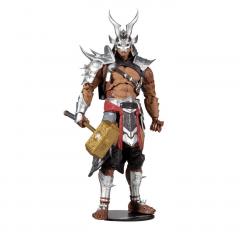 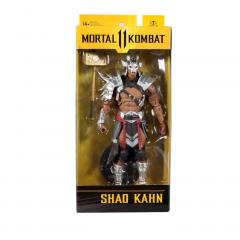 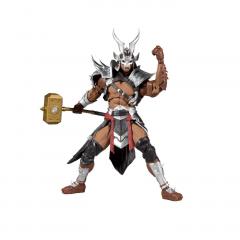 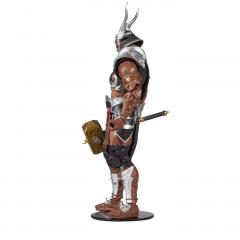 Emperor of Outworld. For millennia, Shao Kahn dominated the realms, rapidly expanding his Empire by conquest. But when he set out to claim Earthrealm, he was blocked by the rules of Mortal Kombat. Deterred but determined, Shao Kahn demands absolute victory.

- Incredibly detailed 7â€ scale figures based off the Mortal Kombat Franchise
- Shao Kahn is featured in his Platinum Kahn Skin as seen in Mortal Kombat 11
- Designed with Ultra Articulation with up to 22 moving parts for full range of posing
- Includes Blood Shredder Lance, and a base
- Figure is showcased in Mortal Kombat themed window box packaging