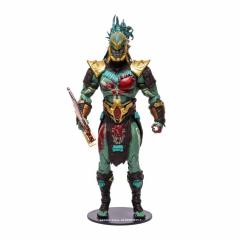 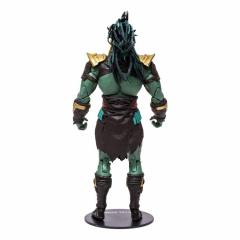 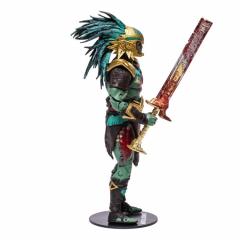 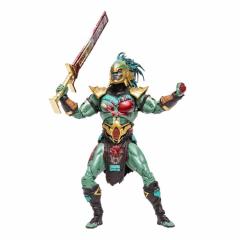 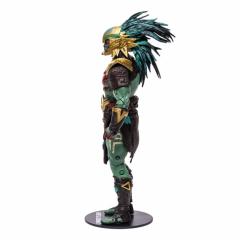 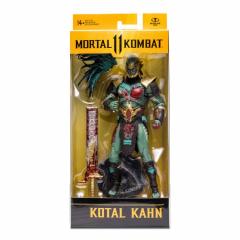 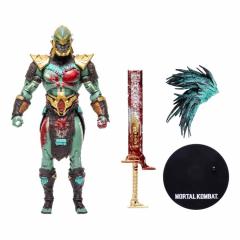 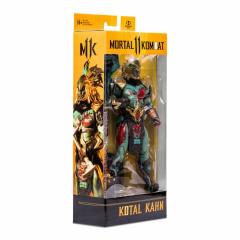 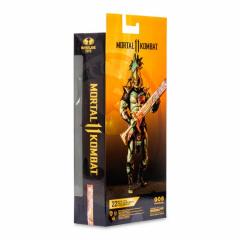 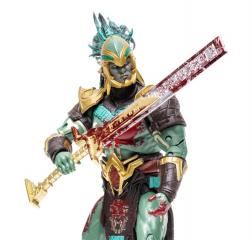 Osh-Tekk warrior and Emperor of Outworld. Years ago, Kotal saved the Empire from chaos and claimed the throne of Kahn. Now his reign is plagued by rising tensions at home and abroad. Determined to keep order, Kotal wrestles with the temptation to exercise the same brutal tactics as his predecessors.

Product Features:
- Incredibly detailed 7” scale figure based off the DC Multiverse
- Kotal Kahn is featured in bloody splattered version of his Cutter of Men Skin as seen in the video game Mortal Kombat 11
- Designed with Ultra Articulation with up to 22 moving parts for full range of posing
- Kotal Kahn includes his sword and a base
- Figure is showcased in Mortal Kombat themed window box packaging
- Collect all additional McFarlane Toys Mortal Kombat Figures