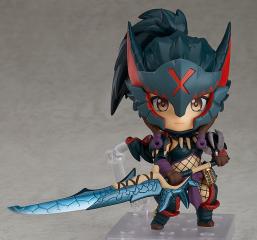 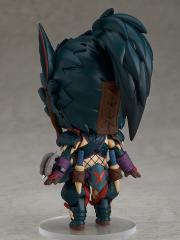 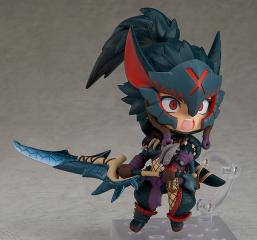 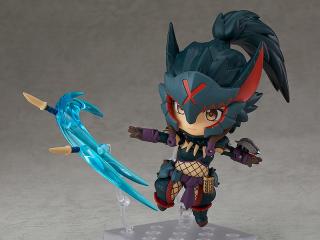 One that moves like the wind together with the dragon.

She comes with two face plates including a reticent standard expression and a crazed expression. The Hidden Saber is included along with two carving knives and a throwing knives effect part, allowing you to recreate your favorite hunting poses from the game!