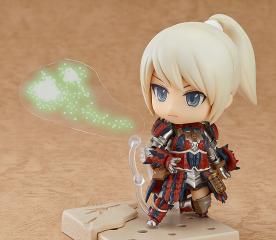 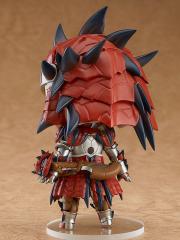 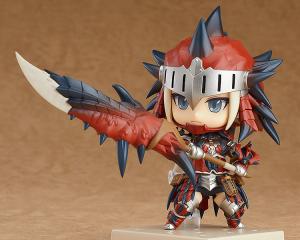 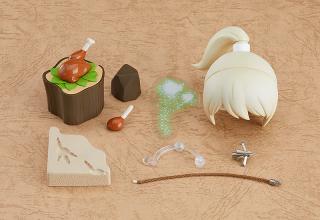 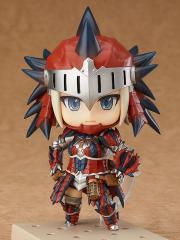 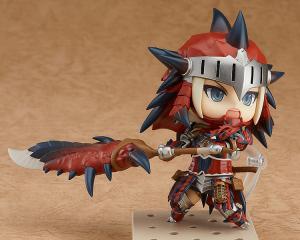 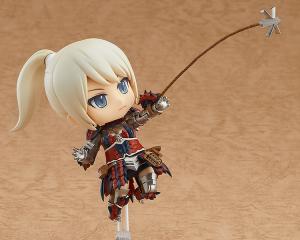 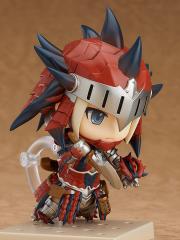 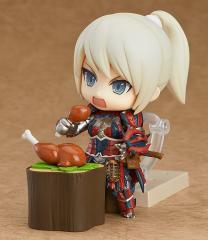 One that has hunted the King of the Skies and conquered the world.

From the PlayStation 4 game "MONSTER HUNTER: WORLD" comes a fully articulated Nendoroid of a female hunter in Rathalos armor! This special DX version includes all the parts that are included with the standard version together with bonus parts for even more display options!

She comes with two face plates including a confident standard expression and a brave battle expression! The Great Sword "Red Wing" and the hunter's trusty carving knife are included as optional parts.

Additionally, the DX version comes with a replacement head part for displaying the hunter with a ponytail, Scoutflies, Slinger parts, monster footsteps, barbecued meat and a table and chair, allowing you to enjoy MONSTER HUNTER: WORLD even more!