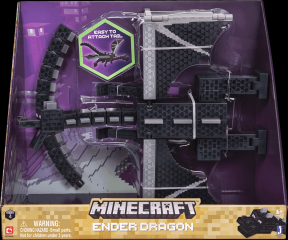 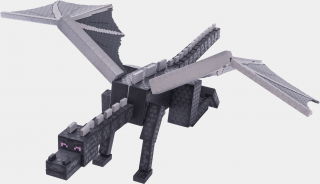 The only place the Ender Dragon naturally spawns is in The End. But you can now add it to your Minecraft figure collection today!

This fully articulated figure has a 19 inch wingspan, mouth that opens & closes as well as tail and neck flexibility.

Behavior: The only place the Ender Dragon naturally spawns is in The End. This fearsome creature has 4 modes of attack: circling, strafing, charging and perching. A player can gather the purple clouds from the Ender Dragon's perching-mode breath attack to create a bottle of Dragon's breath.

Fact: After defeating the Ender Dragon in a fight, players can re-spawn it by placing up to 4 ender crystals on the ender portal. The Ender Dragon was the first boss mob to be added to Minecraft!