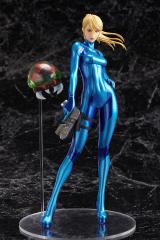 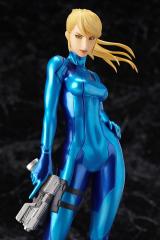 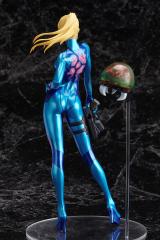 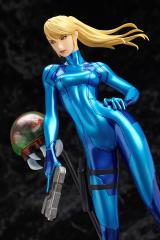 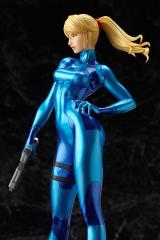 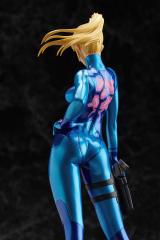 The strongest of bounty hunters is back again!

From the Metroid series' "METROID Other M" comes yet another rerelease of the 1/8th scale figure of the series protagonist, Samus Aran! The figure has her wearing her Zero Suit - the outfit she wears while out on missions, but has the helmet removed to show off her beautiful face!

She looks as cool and calm as ever as she holds her gun in her right hand, ready to take on anything that comes her way. The Baby Metroid that plays an important role in the story is also included along with Samus. It's a figure that really brings out the atmosphere of the Metroid world for fans to enjoy!