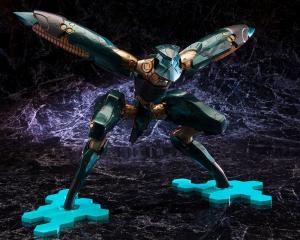 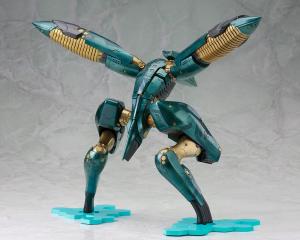 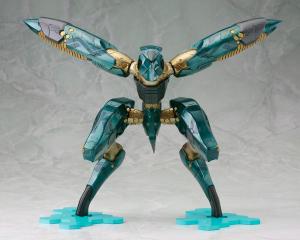 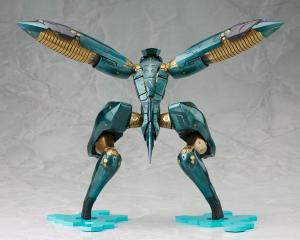 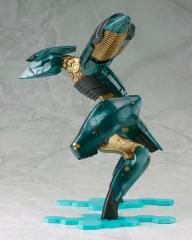 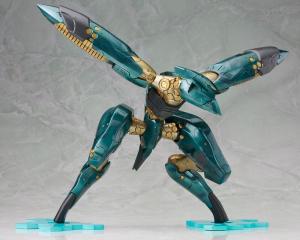 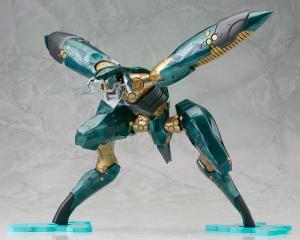 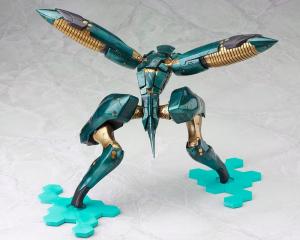 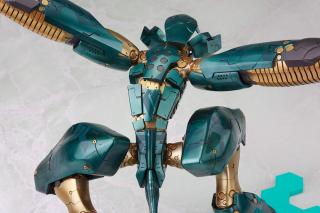 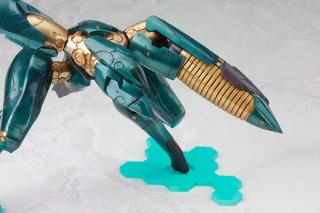 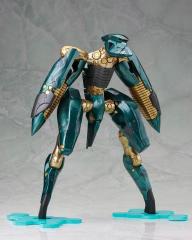 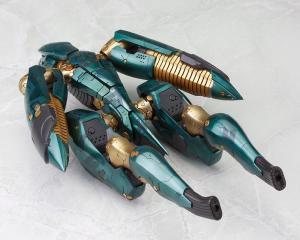 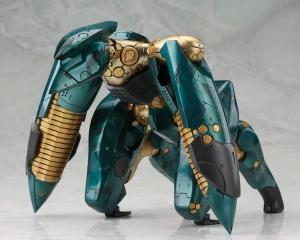 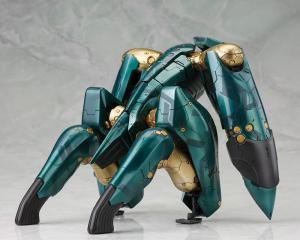 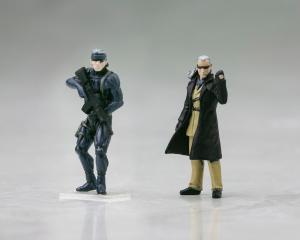 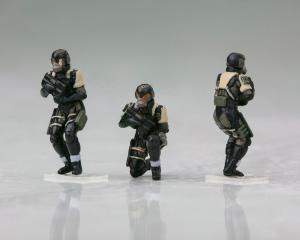 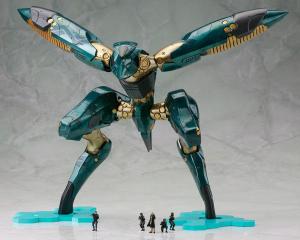 Model Specifications
- Users can choose between parts to recreate manned and unmanned modes.
- The sensor on the head has been recreated with clear and pre-painted parts.
- The water jet cutter equipped in the mouth can be recreated by using the open head parts.
- Featuring a design in the game's aesthetic, this kit includes a special base that can be connected to the soles of the left and right feet.
- Ankle and knee landing gear parts are included to recreate landing mode.
- A total of five figures of the same scale are included: Solid Snake (Old Snake), Liquid Ocelot, and three Haven Troopers.
- RAY's distinctive camouflage pattern can be recreated with the included decals.
- The model is also compatible with the separately sold M.S.G FLYING BASE NEO and MECHANICAL BASE FLYING 3.