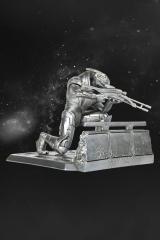 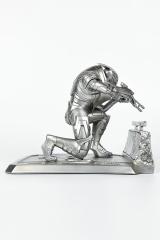 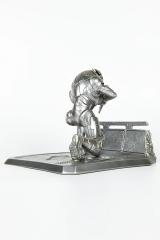 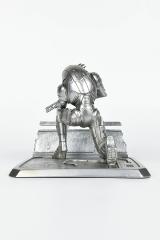 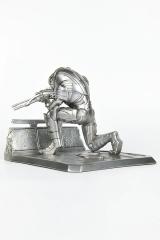 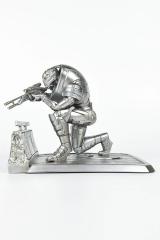 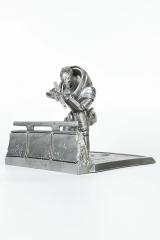 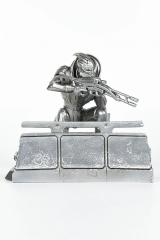 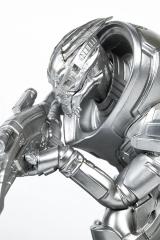 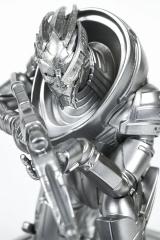 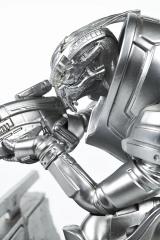 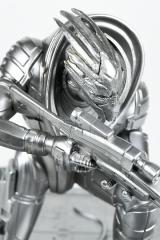 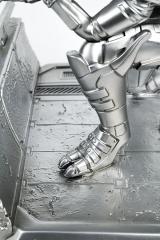 This pre-sale item will be ready to ship during the month of March 2022.

SPOILERS AHEAD FOR MASS EFFECT 2

Crouching on a mercenary base’s balcony, a Turian sniper looks through his M-92 Mantis. He scopes the field, spots you, Commander Shepard, and opens fire. A single round knocks your shield out, but you’re otherwise unharmed. After you fight your way through Omega’s outlaws, this mysterious “Archangel” reveals himself to be your friend, Garrus Vakarian.

Keep a shimmering memory of this moment with the first in the BioWare Gear Store’s series of Collector’s Limited Edition Silver Statues for Mass Effect fans. Finsihed with metallic silver paint, this approximately 6-inch tall collectible is well worth a prominent spot in your display. A soft lustre covers everything from Garrus’ face and armor to the rifle he is holding, to the balcony where he’s stationed.

The statue’s Polyresin material allows it a high level of craftsmanship and realism that you can plainly see from the see-through parts of his visor, the features of his face, the cracks in the “concrete”, and the fine details of his armor.