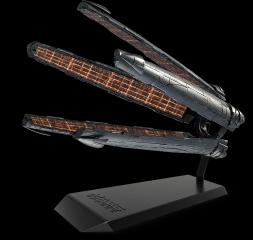 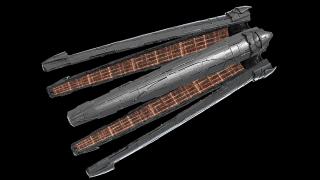 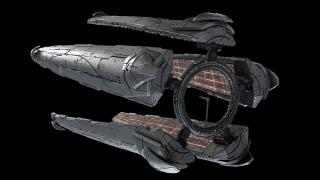 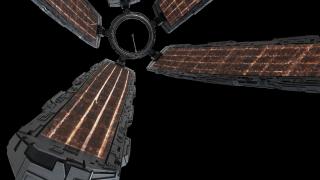 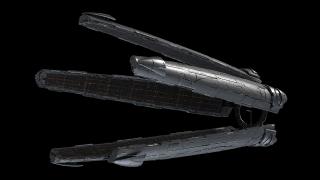 Idea Planet is known for designing and manufacturing some of the most authentic collectibles in the gaming industry. The original Halo helmet. We designed that. Borderlands remote control Claptrap. Yep, we did that. The Call of Duty Juggernaut fridge. Check. The new Far Cry Flamethrower. Double check.

This is our third installment of Idea Planet Launch -- a program that is fan inspired and fan funded. We started with the Myst 25th Anniversary Linking Book. Then we created a killer Rocinante replica for The Expanse. And now we are taking on a challenge that none before us has been able to achieve. Fifteen years in waiting -- we are making the first-ever Officially Licensed replica of the one-and-only Mass Effect Citadel.

This idea started back in 2019, when a few people from BioWare met with a few people from Idea Planet for pizza and jazz one night at New York Toy Fair. Shared passions of gaming collectibles collided with sensory overload and the impossible was discussed. So, how do you create a model of a ship that measures 7.2 kilometers at the central ring and 43.6 kilometers long -- and make it just the right size to display on your mantel or desktop? We started with a few months of ideation and experimentation and spent hours analyzing the game to better understand the Citadel's dimensions and structure. Then we started sketching. After that, we began the process of 3D modeling.

During the 3D modeling process, we also assessed how best to illuminate the Wards. We experimented with a variety of flat and dimensional layered substrates to simulate the lit cityscapes. Once we were satisfied with the preliminary files, we consulted with the development team at BioWare/EA to ensure that we were accurately representing their vision of the Citadel. The next step was to digitally paint the 3D files incorporating our recommended deco...

Although it's still under development, the ship will sit on a simple base with a focus on minimalist design...because we want the Citadel to be the hero. Before we nail down the aesthetic details, though, we're working on the functionality and ensuring that our power source will be reliable.

Like all good things, our Citadel is going to take some time. Our plan is to begin tooling in early December so that we can be well under way prior to the Lunar New Year holiday. We're anticipating that we'll see the first tooling samples (including decorated samples) in early/mid March 2022 and then begin production before the end of May. That means that we should be ready to ship from China in August and (depending on where you live and the state of the supply chain) should be delivering your Citadel to your doorstep by early November.

And in case you were hoping for some Mass Effect happiness under your tree this holiday, all backers will receive a small token of appreciation in time for the festivities. Stay tuned.

Making something that has never been made is a pretty tricky process. And anyone who tells you that the design, development and manufacturing of a quality replica isn't a messy business really shouldn't be in the business. With that said, we have been in the business for a couple of decades and know that the best results come with full transparency and ongoing dialogue with fans.

If you commit to helping us make this, we will commit to sharing as much of the journey as we can -- the good, the bad and the ugly. We'll probably even reach out for help now and then. If you made it this far, thanks for being a trooper. We hope that means you are joining our team on this exciting journey.

Initially the price was $225, with an early bird offer of $199 for anyone who backed this project within the first 48 hours. Since the project wasn't gaining enough steam, they decided to make it $199 for everyone. Despite these efforts, funding on Kickstarter did not reach its goal, so they moved the campaign over to Bioware's website (masseffectlaunch.com) and extended the deadline by another month.