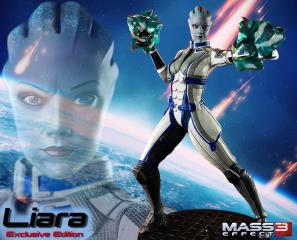 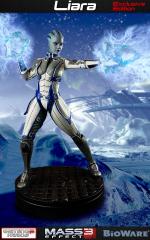 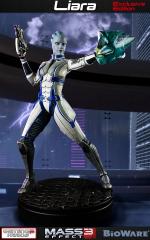 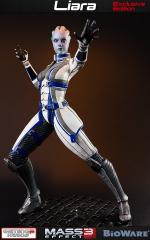 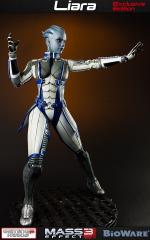 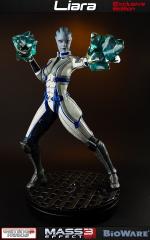 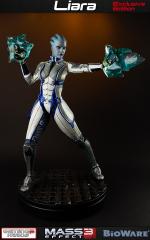 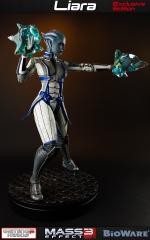 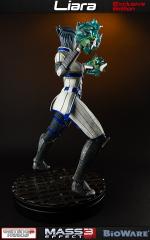 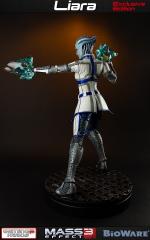 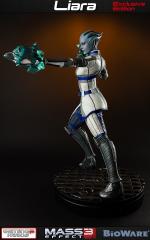 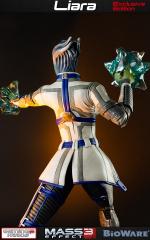 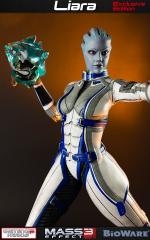 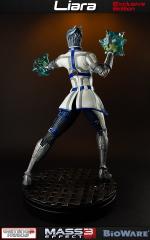 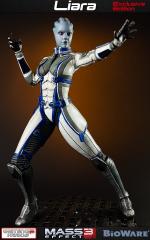 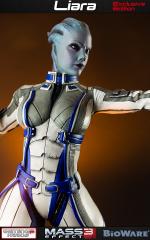 Dr. Liara T'Soni is a young Asari scientist who focused her studies on the extinction of the Prothean race. She joined Commander Shepard after being rescued from the Geth on Therum. Being an Asari, Liara is naturally biotic.

Gaming Heads is proud to present Liara from the hit series Mass Effect. Liara is depicted in a dynamic pose and in her Mass Effect 3 design. In one hand, she wields the M-5 Phalanx heavy pistol, while her left hand is bathed in a biotic field. The package includes an additional left hand that can be swapped in depending on preference. At 1/4 scale, Liara stands at 19 inches tall, putting her directly into scale with our Garrus Vakarian collectible.

This is the exclusive version of Liara. In addition to the two left hands available with the regular version, a further two right hands (one with biotic energy, and one empty) are included to allow the collector to completely customize the overall effect of the statue based on their choice.

Each statue includes full-color deluxe packaging, an individually hand numbered base and a certificate of authenticity.

This is the second piece in our line of Mass Effect Collectible Statues, low product numbers will be given on a first come first served basis. Remember, you can collect the same number for Liara if you have already validated your Garrus Vakarian (the first statue in the line) on our website!