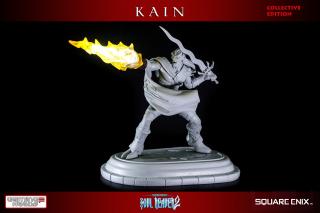 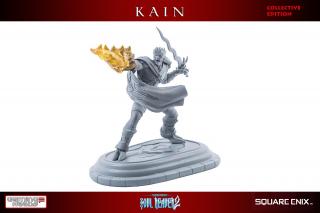 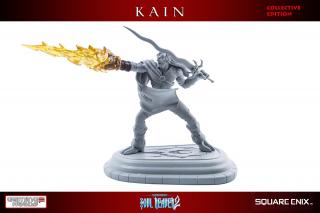 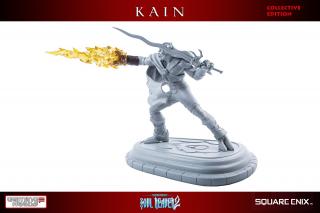 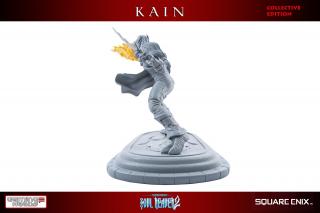 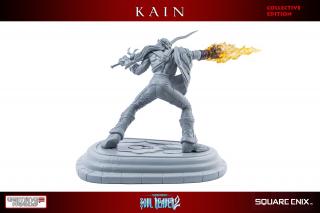 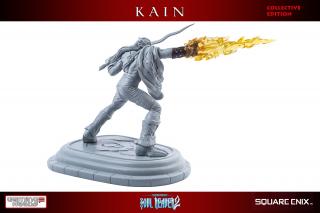 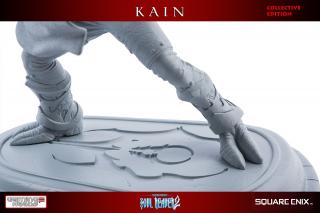 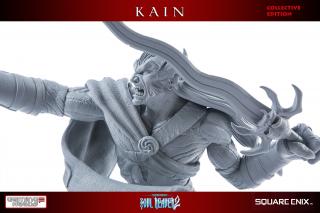 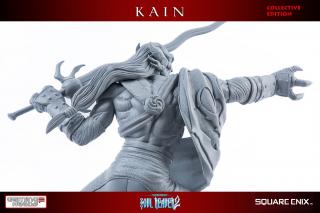 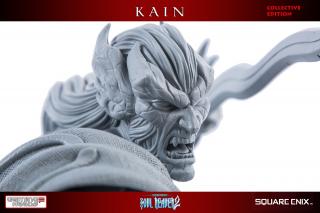 Standing approximately 20 inches tall (including the base), this beautifully designed statue is carefully cast in polystone resin to show off all of Kain's finer details from Defiance. He has been left unpainted in the Collective edition so that you can paint him yourself as you prefer or so that you can better appreciate the way he has been sculpted. The Collective version shows Kain holding the Soul Reaver blade with his left claw while his right claw points in the direction of his next strike and also includes an additional right claw within a magic blast as an alternative display option and the magic blast actually lights up.

Only available at the Gaming Heads store, the Collective edition Kain statue is limited to 50 pieces worldwide

Each statue includes a deluxe full-color box, individually hand-numbered base and a validation card that will allow you to reserve the same product number if you purchase future Legacy of Kain statues in the series.

Limited to 2 statues per account/customer