» Catalog » Legend of Zelda: The Wind Waker » Link on the King of Red Lions (exclusive) 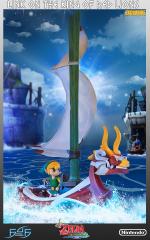 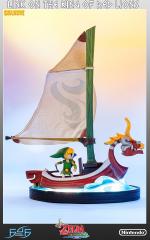 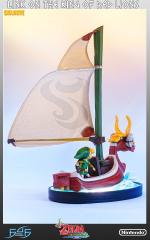 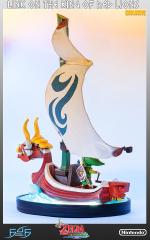 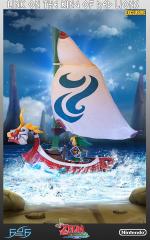 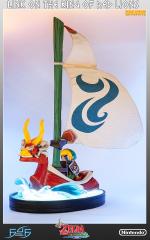 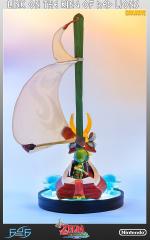 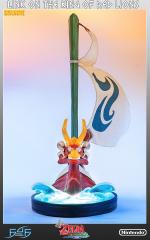 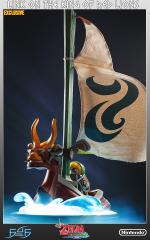 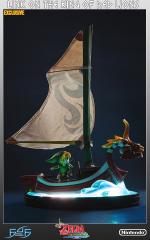 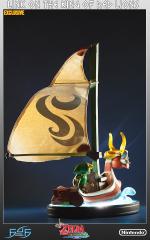 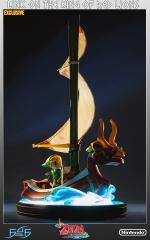 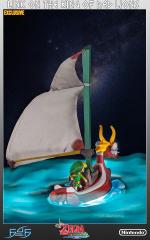 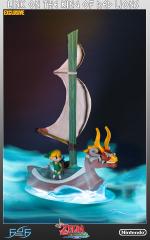 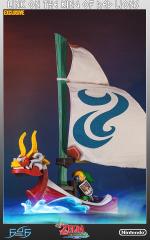 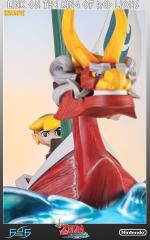 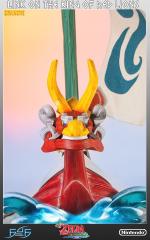 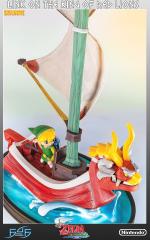 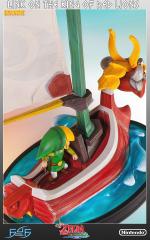 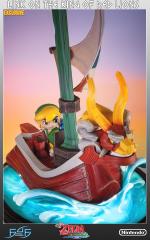 Product: Link on the King of Red Lions (exclusive)

After the gods flooded Hyrule in an attempt to halt Ganondorf’s evil intentions, the land was impassable to anybody wanting to travel the land by normal means. After being expelled from the Forsaken Fortress, Link was approached by The King of Red Lions: a sentient sailing vessel that not only gave Link the means to roam Hyrule once again, but to act as a guide on Link’s adventures to stop Ganondorf.

First 4 Figures is proud to present Link on The King of Red Lions, characters from The Legend of Zelda: The Wind Waker game.

Wind Waker is an action-adventure game developed and published by Nintendo. The game is set on a group of islands in a vast sea, a first for the series. Aided by allies including a talking boat named King of Red Lions, Link sails the ocean, explores islands and traverses dungeons to acquire the power necessary to defeat Ganon.

Standing at 25 inches tall from the tip of the mast to the base, making it one of the largest pieces in the entire Zelda lines from First 4 Figures.

Comes in deluxe full-color packaging, hand numbered base and an authenticity card that allows you to purchase the same product number for future pieces in the Legend of Zelda: Wind Waker series.

This is the exclusive edition of Link on The King of Red Lion. In this version, there are bright LEDs which pulse rhythmically, giving the impression of flowing water.

This is the second statue in First 4 Figures’ Wind Waker line. If you already own the first in the line (Wind Waker Ganondorf) and have authenticated on our website, then you will be entitled to receive the same number for Link on The King of Red Lions!