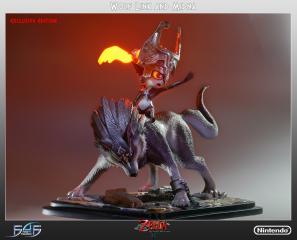 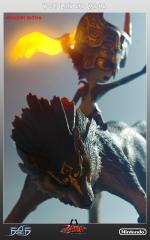 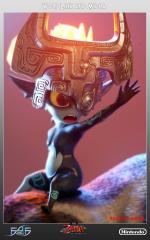 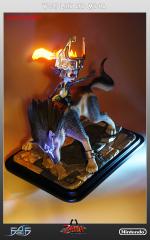 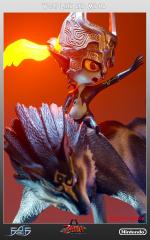 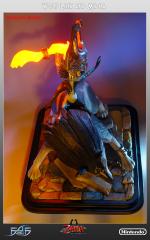 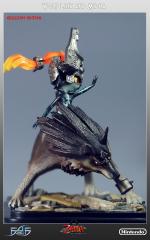 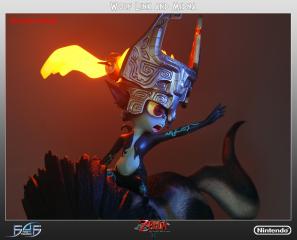 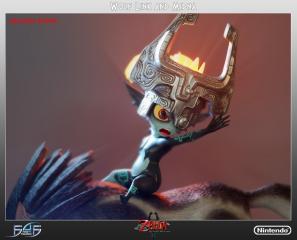 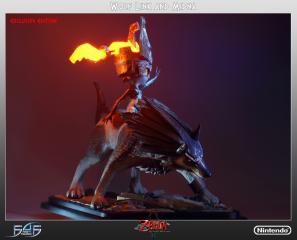 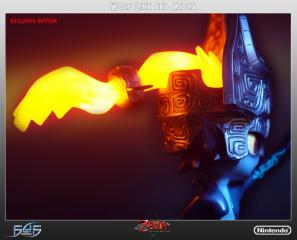 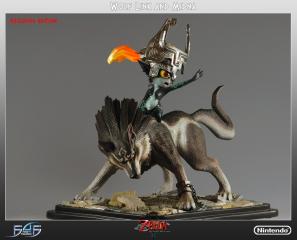 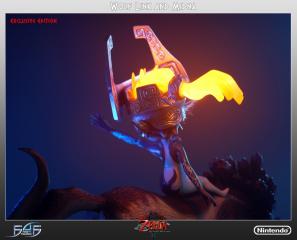 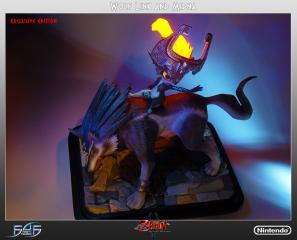 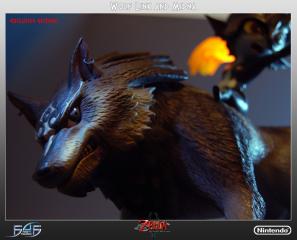 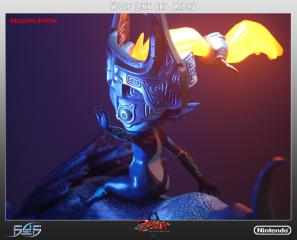 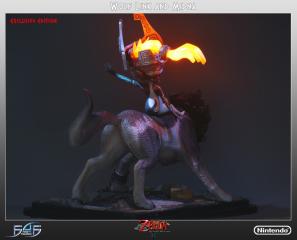 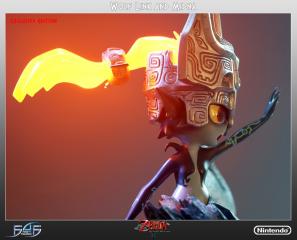 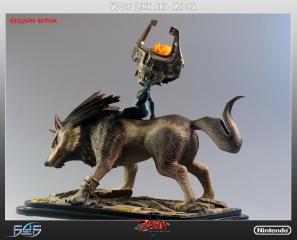 â€œHowever, if you are a wielder of power, as you claim... I will risk everything to deny you!â€ ~ Midna

Wolf Link is the sacred blue-eyed beast in Twilight Princess who is transformed into this Wolf form due to the influence of the ever expanding Twilight covering Hyrule. His whole body changes and reforms and leaving only his earrings and distinctive blue eyes. In this form, Midna rides on Link's back giving directions and allows him to warp using the Twilight Portals created across Hyrule. Midna is one of the Twili, a race descended from wielders of powerful and evil magic who were banished to an alternate dimension by the goddesses Din, Farore, and Nayru. She teams up with Link to battle a "greater evil" that she alone cannot overcome.

Midna wears her distinctive helmet and reaches out her arm as a warning. Wolf Link turns and snarls. They are working in perfect unison. The Wolf Link and Midna statue captures every aspect of this iconic duo with stunning realism. Each piece is individually painted and finished to exacting standards. They are an amazing addition to your Zelda display.

This is the exclusive version of Wolf Link and Midna, only available at First4Figures.com. Midnaâ€™s hair lights up which accurately portrays Midnaâ€™s power. The lights slowly fade out after you turn them off. The lights are powered by batteries.

They comes in deluxe full color packaging, hand numbered base, and includes an Authenticity Card which allows you to purchase the same number of the model next in the 1/4 Scale â€œMaster Artsâ€ Twilight Princess Center Pieces range.