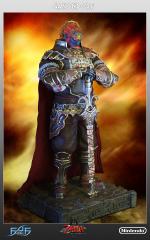 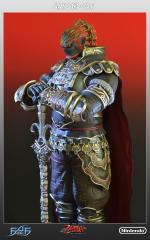 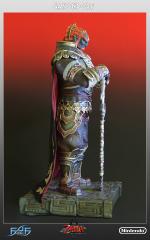 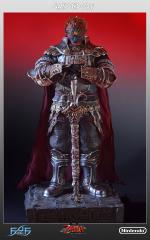 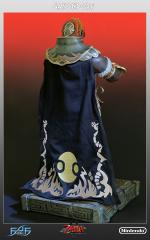 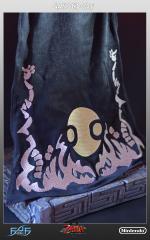 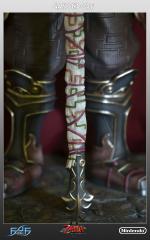 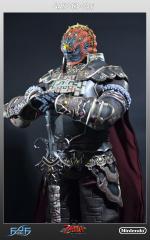 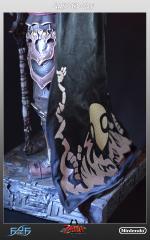 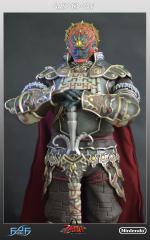 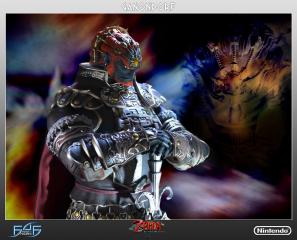 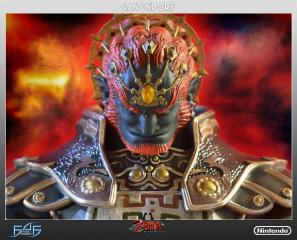 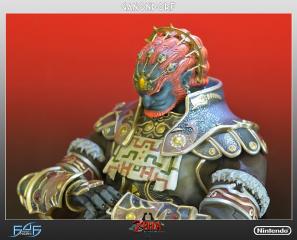 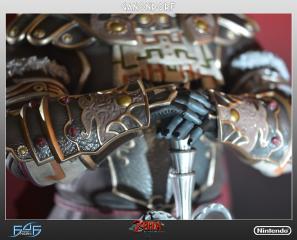 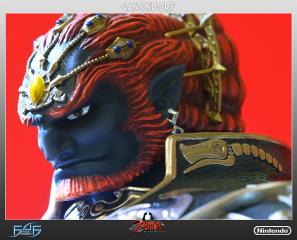 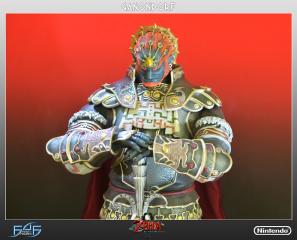 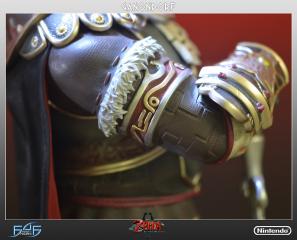 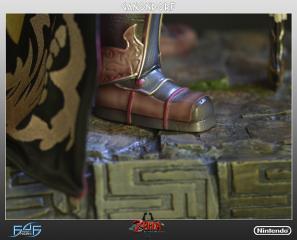 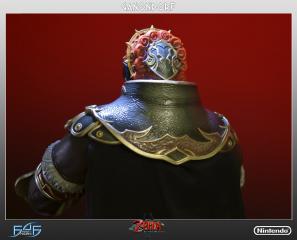 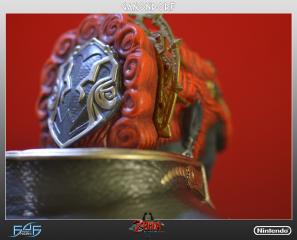 â€œDo not think that this ends here... the history of light and shadow will be written in blood!â€ ~Ganondorf

First 4 Figures is hugely proud to present Ganondorf, the fourth in the â€œMaster Artsâ€ line of Twilight Princess Center Pieces.

Towards the end of The Legend of Zelda: Twilight Princess, Ganondorf appears in the throne of Hyrule Castle, proclaiming it as his own. He is challenged by Midna, prompting him to possess Princess Zelda. Midna recovers and teleports Link and Zelda to Hyrule Field before attempting to defeat Ganondorf. The battle to save Hyrule from Ganondorf is truly epic and Link must do all he can to defeat the Dark Lordâ€¦

Ganondorf is wearing his distinctive armor and his pose perfectly captures his evil nature as well as having a regal feel. At 1/4 scale, he measures approximately 23 inches tall, including the base â€“ creating an extremely awe-inspiring presence for your collection. Cast in high quality poly-stone, the statue is hand finished and hand painted. Comes dressed in an incredibly detailed and authentic hand tailored fabric cape that has wires along the edges to allow for posibility. Working with the official Twilight Princess game files has allowed First 4 Figures to faithfully recreate Ganondorf â€™s distinct style and add fine detail.

He comes in deluxe full color packaging, hand numbered base, and includes an Authenticity Card which allows you to purchase the same number of the model next in the 1/4 Scale â€œMaster Artsâ€ Twilight Princess Center Pieces range.