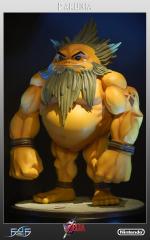 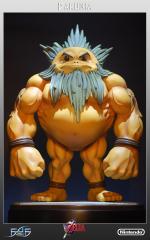 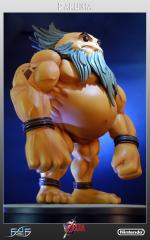 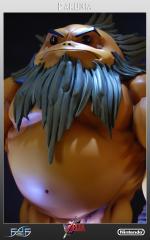 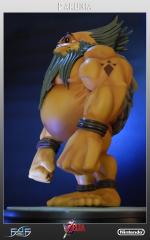 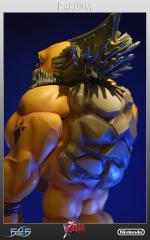 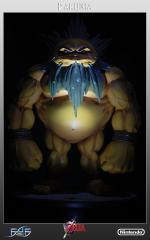 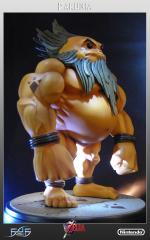 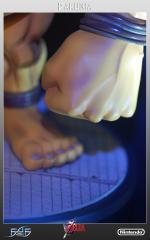 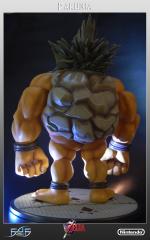 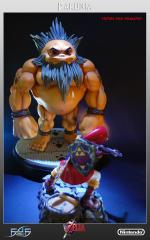 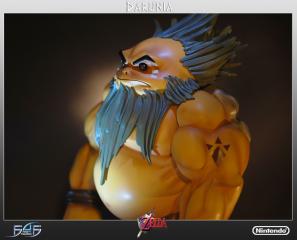 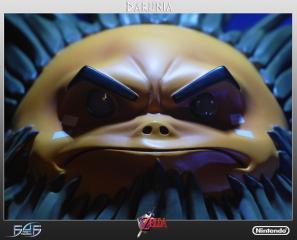 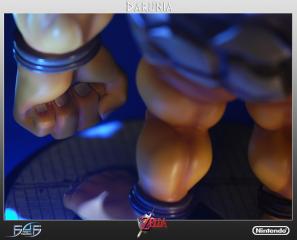 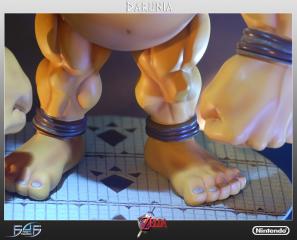 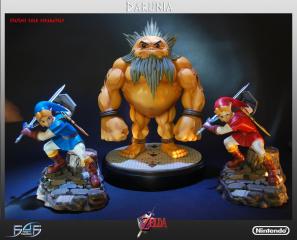 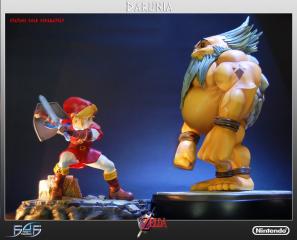 Darunia is the leader of the Goron race and resides in Goron City. Despite his stern appearance, he loves music and dance and cares deeply about his people. When Link first meets Darunia, he is upset because the cavern containing the Goron food source is overrun by Dodongos and sealed off by Ganondorf as punishment for refusing to turn over the Goron Ruby. This starts a journey for Link which later makes him a "Sworn Brother" of Darunia.

Darunia is in his immovable pose, standing proud as the leader of the Gorons. Based on official artwork, we have painstakingly added all his distinctive details. He stands on the carpet found in his room where young Link first encounters him in Goron City.

He measures approximately 15 inches tall to the tip of his hair and including the base. He is in scale to the others in the Ocarina of Time and Majora's mask range of statues. Cast in high quality poly-stone, the statue is hand finished and hand painted.

He comes in deluxe full color packaging, hand numbered base, and includes an Authenticity Card which allows you to purchase the same number of the model next in the Ocarina of Time and Majora's Mask range.