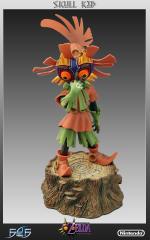 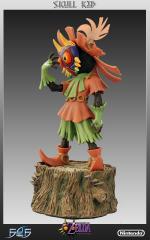 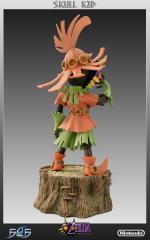 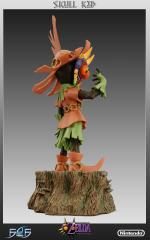 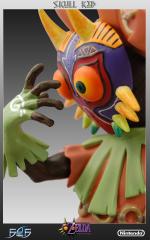 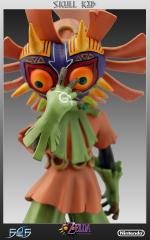 The Skull Kid was a curious little fellow, often finding trouble in the most unexpected of places with his fairy friends Tatl and Tael. One day in the forest, the trio happened to come across the most peculiar of people, a traveling mask salesman.

When the merchant was paying him no mind, the Skull Kid took a very precious mask. This was no ordinary mask; this was a special mask, a dark and cursed mask. This was Majora's Mask. Donning the strange artifact, the Skull Kid would harness a power far beyond his imagination. Little did he know, however, that he was to become a puppet, an unsuspecting pawn to the very mask itself. Possessed and corrupted, the once lighthearted and amusingly mischievous imp inadvertently unleashes a powerful and threatening force upon the peaceful inhabitants of Termina.

Now time is running nigh, as the will of Majora swiftly mobilizes its servant into drawing an ominous moon from the heavens on a collision course towards the helpless people below…

Cast in high quality poly-stone, the statue is hand finished and hand painted. Comes packed in a foam interior full colored box with a card of authenticity.