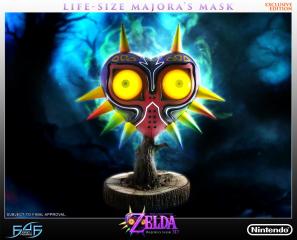 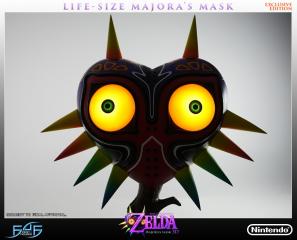 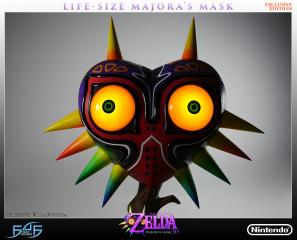 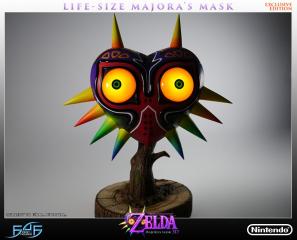 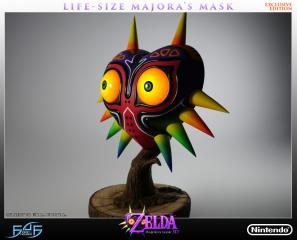 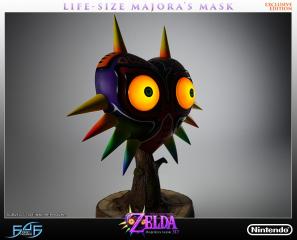 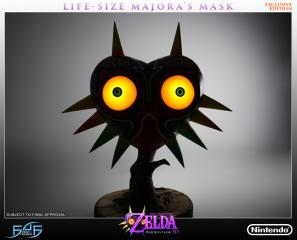 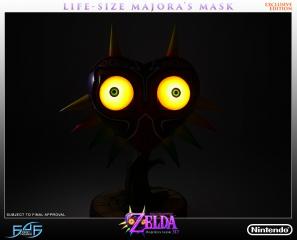 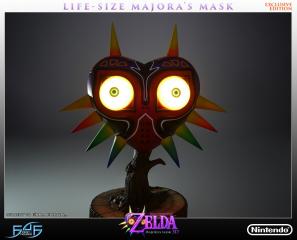 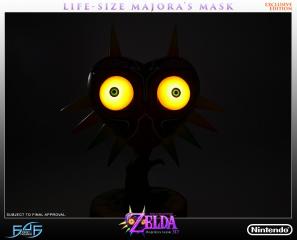 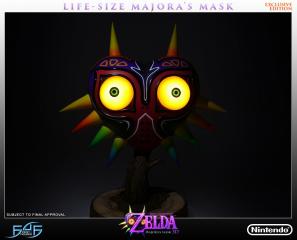 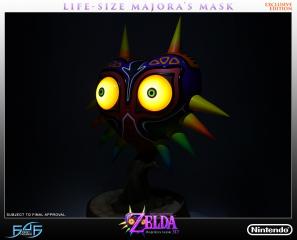 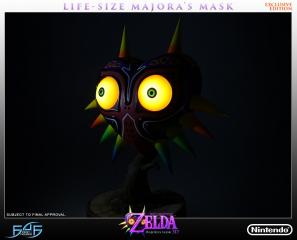 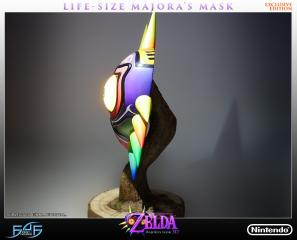 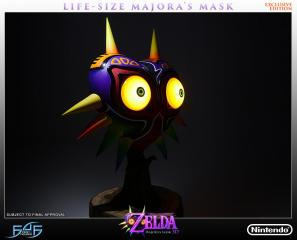 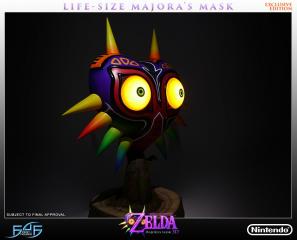 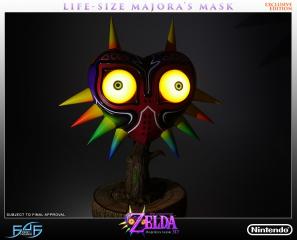 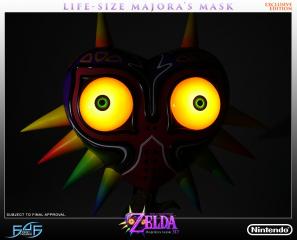 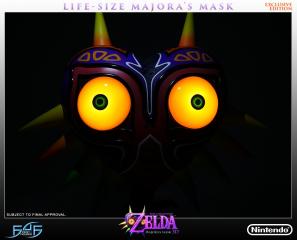 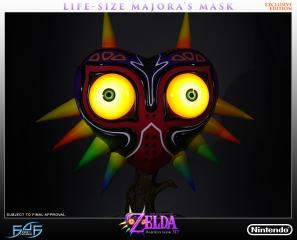 “You’ve met with a terrible fate, haven’t you?” The Majora’s Mask is a mysterious artifact that was once used by the Ancient Tribe for their bewitching rituals. Despite being incredibly powerful, the ancient tribe sealed the mask away for fears that its great power may be used for dark intent… Centuries later, the mask is stolen, and then worn by the mischievous and unwitting Skull Kid, who not only is consumed by the mask’s dark powers, but also becomes its unwitting slave, ready with a new found desire to create mischief and rain devastation on the world…

First 4 Figures is proud to present The Legend of Zelda: Majora's Mask Life Size Replica. Regarded as a darker entry in the Zelda franchise, Majora's Mask is set in Termina, an alternate version of the usual series setting of Hyrule, where the Skull Kid has stolen Majora's Mask, a powerful ancient artifact.

The Majora's Mask Life Size Replica stands at 25 inches tall from the tip of the horn to the base, making for a simply stunning display centerpiece for any Zelda fan.

Comes in deluxe full-color packaging, hand numbered base and an authenticity card that allows you to purchase the same product number for future pieces in the The Legend of Zelda Life Size Replica series.

This is the exclusive edition of The Legend of Zelda: Majora's Mask where LED's are include allowing the eyes glow brightly, truly bringing the entire piece to life.

This is the first Life Size replica in First 4 Figures’ The Legend of Zelda line. An all new range, the lowest numbers will be available to those who pre-order earliest, so don't miss your chance!