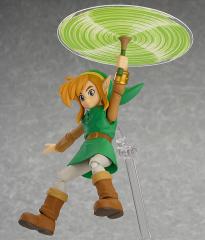 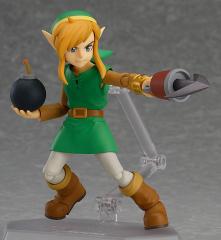 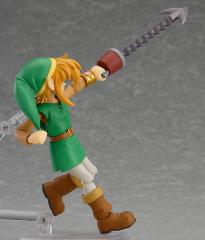 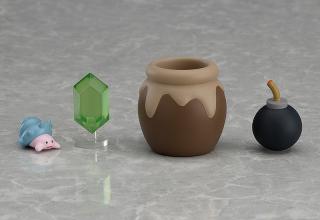 Game / IP: Legend of Zelda: A Link Between Worlds

A figma of the Link who travels between two worlds.

- Using the smooth yet posable joints of figma, you can act out a variety of different scenes.
- He comes with both a confident smiling expression as well as a more serious glaring expression.
- His Master Sword and Hylian Shield are both included as optional parts.
- A sheet featuring the illustration of the wall merged Link is also included.
- The deluxe edition includes a Tornado Rod, Hookshot, Bomb and Baby Maiamai.
- Two popular items from the Legend of Zelda series are also included - a Rupee and a Pot.
- An articulated figma stand is included, which allows various poses to be taken.