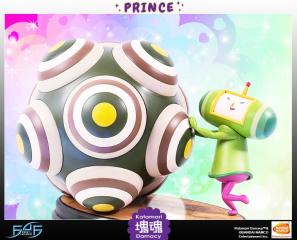 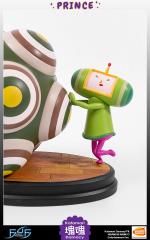 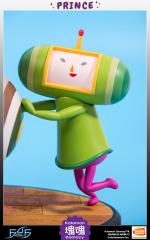 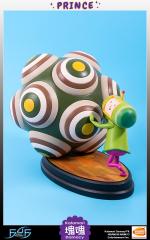 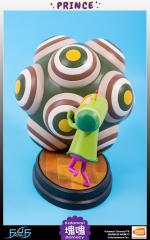 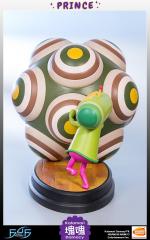 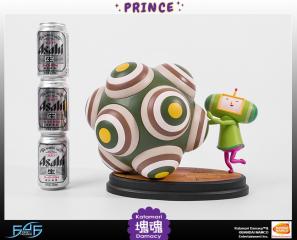 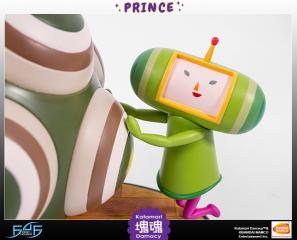 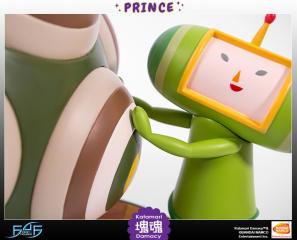 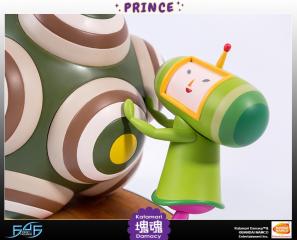 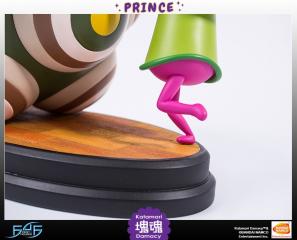 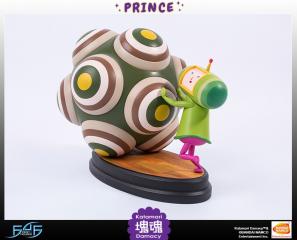 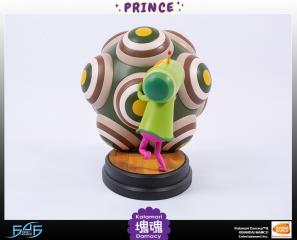 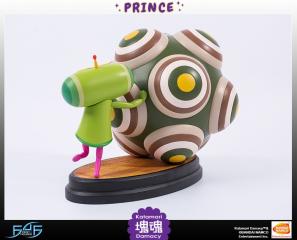 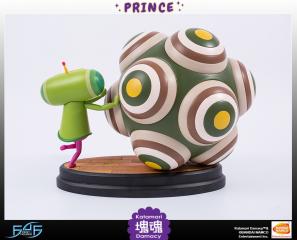 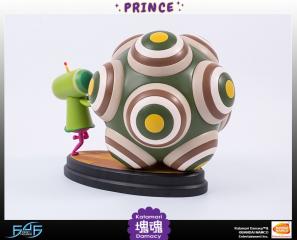 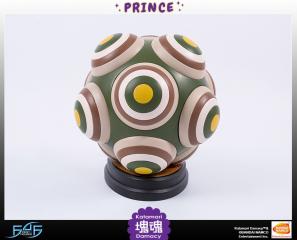 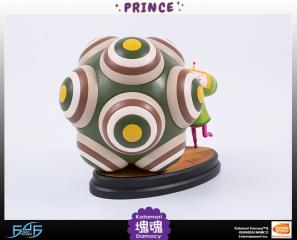 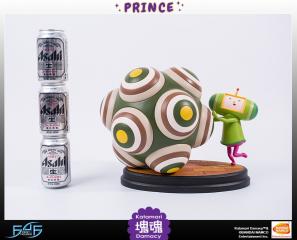 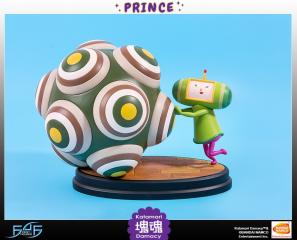 â€œSo anyway, pee-wee Prince. Hurry up and bring back the glorious starry sky. Our problem, your problem. Yes?â€ ~The King of All Cosmos

Bold yet sensitive and rugged to boot. Tolerant and compassionate with a heart deeper than the oceans. Such is the great cosmos, and the king who rules over it is marvellous to behold. Except for that one time he accidentally destroyed all the stars in the universeâ€¦ Enter the Prince: The King of all Cosmosâ€™ pint-sized but determined son. It is the princeâ€™s job to restore and replace all the stars that were accidentally destroyed by his omnipotent father by rolling several Katamari: magical balls that can roll up almost anything imaginable into large, colourful clumps until they are big enough to be lifted into the cosmos to replace the lost stars, gradually restoring the nightâ€™s sky to its former splendour.

First 4 Figures is proud to present Katamari Damacy, Prince. Also known as Dashing Prince from Bandai Namco Entertainment's enjoyable and stylised third-person puzzle-action game: 'Katamari Damacy '. The game's plot concerns a diminutive prince on a mission to rebuild the stars, constellations, and Moon, which were accidentally destroyed by his father, the King of All Cosmos. The player controls the Prince as he rolls the Katamari around houses, gardens, and towns in order to meet certain parameters set by the King of All Cosmos.

Prince stands at 11 inches tall from the top of the Katamari to the base, making for a simply stunning display centerpiece for any Katamari Damacy fan. Comes in deluxe full-color packaging, hand numbered base and an authenticity card that allows you to purchase the same product number for future pieces in the Katamari Damacy series. This is the first statue in First 4 Figuresâ€™ line of Katamari Damacy characters, meaning that the lowest numbers are available on a first come first served basis!